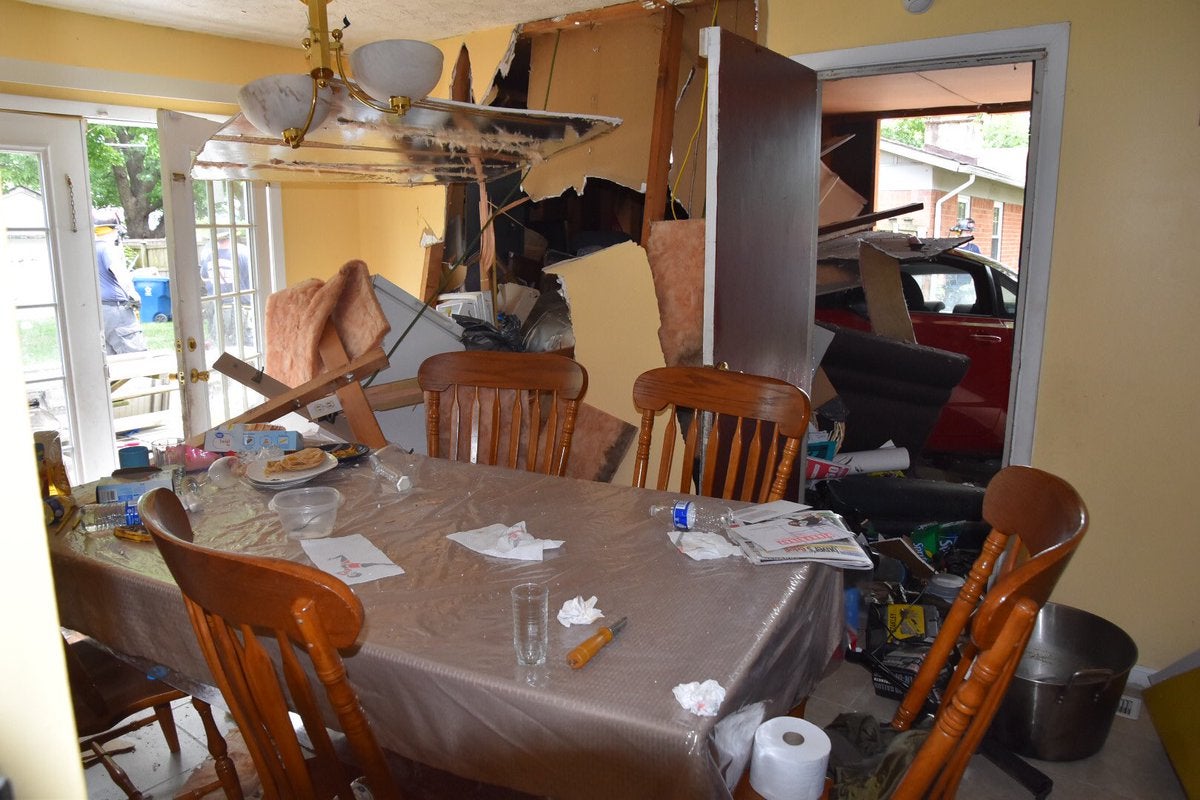 INDIANAPOLIS (WISH) — The Indianapolis Fire Department said a 15-year-girl was pinned between a wall and a kitchen table after a driver plowed into her home.

IFD said the crash happened just before 2 p.m. on Thursday.

Investigators say a driver missed her turn and drove into the home in the 3900 block of Alsace Place. That’s near 38th Street and Post Road.

“I don’t have electric inside, I don’t have gas or anything,” said, Nicacio Cirilo. “So, I don’t have a house for right now. I was at my job when my wife called me about the accident. She said ‘you need to come very quickly because someone took the car and hit the car inside’ (our house).”

Cirilo said his wife and three children were all home at the time of the accident.

Firefighters had to extract Cirilo’s 15-year-old teenage daughter after she was pinned in the incident. IFD says she wasn’t injured in the crash.

Investigators estimate the cost of the damage at $50,000.

While Cirilo’s wife, and three kids are okay, neighbors say they’re surprised something like this hasn’t happened before.

“They zoom up and down here all the time,” said Wallace Steward. “Kids are playing right across the street. They play in that yard all the time. I am scared because when I come to this stop sign right here you have to look and you have to pause at least 10 seconds before I can come across just cross the street to come to my driveway.”

The intersection of Alsace Place and Arborcrest Drive currently only has a one way stop.

It’s a design Steward says needs to be changed before something like this happens again.

“When you come this way you can’t see a car coming this way at all,” explained Steward. “You have to pause and inch out there. If there’s a stop sign there, they’ll stop. hopefully they will stop. Something needs to be done real soon, otherwise it will happen again. Soon, too.”

There are still questions as to what exactly caused the driver to miss the turn.

No word if she will face any charges related to the incident. No other injuries were reported.