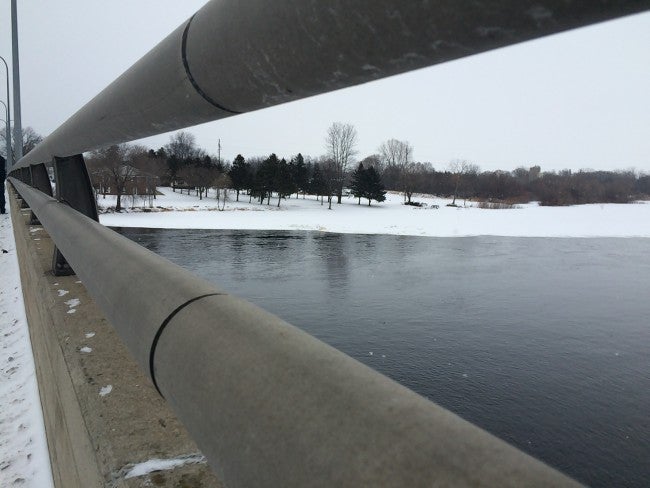 MENOMINEE, Mich. (WBAY) – A Menominee, Michigan, teenager is being called a hero after saving a woman from jumping off a bridge. It happened Wednesday on the Hattie Street Bridge in neighboring Marinette, Wisconsin, just before 7:30 p.m.

WISH-TV News sister station in Michigan, WBAY News reported that Bardowski says he was driving home when he saw something off to his left.

“She had slide-on shoes and she slipped them off and you know by then I had passed her, you know I passed her in a split second but I kept watching in my rear-view mirror. I don’t know why I did but I did just because it’s not something ordinary you see and that’s when I saw her put her leg on the ledge like she was going to step over,” said Bardowski.

Bardowski turned around and stopped the car. When he got closer to her, she was over the ledge facing the open water below. He says she told him she was going to jump. Bardowski stayed calm and started talking to the woman.

“I was like, ‘There will be a lot of people devastated if you do this.’ I was like, ‘Why don’t you come on over?’ and I just kept comforting her like that. Eventually she put one leg over the railing and I was like ‘Good job, good job’ and she put the other one over the railing, and then I approached her and grabbed her hands,” said Bardowski.

He says he knew exactly what to do in the situation and says it’s all thanks to a video he recently watched in one of his classes here at St. Thomas Aquinas Academy.

“I just approached her exactly like the man did in the movie did. I didn’t want to go run up to her because by the time I got over to her she was completely over the edge,” said Bardowski.

“For a 17-year-old kid to have things that together under that pressure and to react the way he did I think it’s a wonderful thing,” said James Bardowski, Brennan’s father.

Police responded to the bridge. The Marinette Police Department says the woman was put in protective custody.

Next month Brennan will receive a life-saving award from the police department.

Many call him a hero, but Brennan says that night he listened to his heart.

“I wanted to do the right thing so I did what I thought I should and luckily it worked out,” said Bardowski.