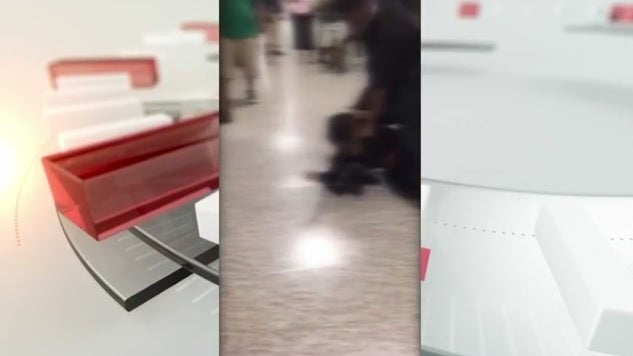 INDIANAPOLIS (WISH) – A 17-year-old teen accused of beating up a teenage girl at Northwest High School was sentenced on Friday.

He pled guilty to one count of battery in Marion County Juvenile Court on May 28.

His sentencing on Friday included probation and anger management classes.

He will serve out the terms of his sentences in his home state of Mississippi, after his family moved at the end of the school year.

He was ordered that he could not have any contact with the girl in the fight or Northwest High School.

Cellphone video captured the incident that happened in early May. The video was posted on YouTube before being brought to police attention.

A teenage girl was seen on camera stopping in the middle of the hallway as she was confronted by a fellow classmate.

The teen appears to throw the first punch, pushing her against the lockers as she quickly falls to the ground.

Moments later, he could be seen hovering over her throwing more punches. A teacher could be heard yelling in the background for them to stop.

According to the boy’s attorney, teen had been the victim of repeated harassment from bullies in school. Despite the harassment, prosecutors filed charges based on the violent nature of the attack.