Teen shot on northeast side, in critical condition 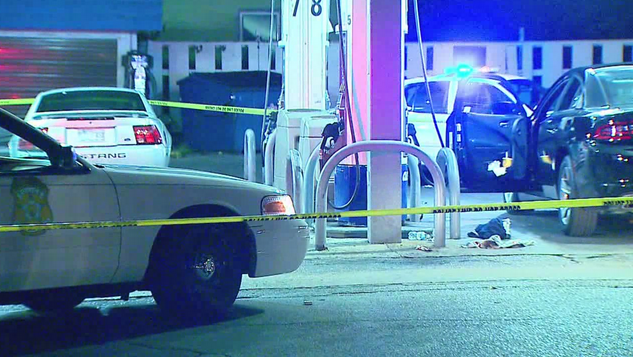 INDIANAPOLIS (WISH) – A teenager is in critical condition after a shooting on the city’s northeast side early Monday morning.

The shooting happened in the 2900 block of East 38th Street, near the Clark gas station, just after midnight.

After arriving on scene, officers discovered a 19-year-old male who had been shot in the upper leg and the abdomen. He was transported to Sidney & Lois Eskenazi Hospital in critical condition.

According to the police report, the 19-year-old victim is Devon Gillespie and the suspect in the shooting is a 49-year-old black male.

Soon after a second victim came forward. However, this person had not been shot, but apparently had been fighting with others. He was taken to Sidney & Lois Eskenazi Hospital with head injuries.