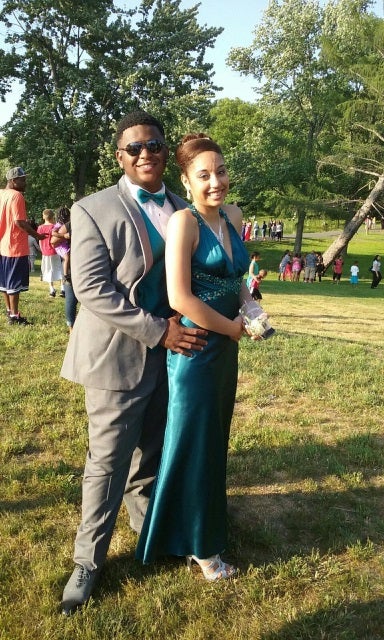 WATERBURY, Conn. (WTNH) – It’s been nearly five months since two teens were hit by car at an intersection near the Brass Mill Center in Waterbury, almost killing one. They celebrated a special milestone together this past weekend.

“My daughter is not the same,” said Mirna Gonzalez, speaking about 17-year-old Dileydy Mota. “I don’t think she’ll ever be the same.”

Mota still has a long path ahead on the road to recovery. The teenager suffered a brain injury and spent weeks in the hospital after she was hit by a car while walking with her boyfriend, Jerry Goodman. She was suffering from an associated migraine Tuesday, and was unavailable to speak with WISH-TV’s sister station WTNH personally.RELATED STORY:Call for justice after hit-and-run in Waterbury

Gonzalez says after her daughter’s surgery that she’s now prone to have violent outbursts. Mota had a metal plate installed in her skull, which she said can affect the teenager’s emotions.

“She wasn’t like this,” Gonzalez said. “My daughter was a happy, loving, caring person. She still is, I just don’t know what will set her off and how she’ll react.”

On the bright side, Mota is recovering. She and Goodman, both victims of the hit and run, attended the Senior Prom for Crosby High School last weekend.RELATED STORY:Teen injured in Waterbury hit-and-run speaks out

Goodman was hospitalized with a broken leg after the incident. Both are now regaining their lives, determined to bring a story of triumph to what was nearly a terrible tragedy.

“Oh God, she was so excited,” Gonzalez said about her daughter’s trip to the prom. “I was like ‘oh my God, I got my baby back.'”

Waterbury police have no new leads in the case and no arrest has ever been made.