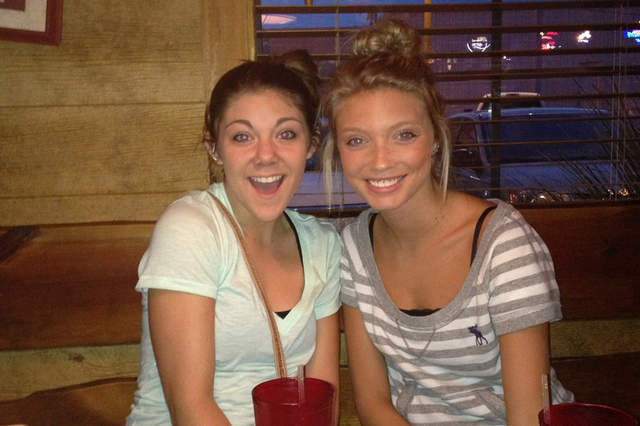 FORT WAYNE, Ind. (WANE) – An attorney for the two Huntington County teenagers severely injured in a Florida parasailing crash said they have finally settled their lawsuit.

Wes Pittman, of the Pittman Law Firm, P.A., revealed what details he could about the confidential agreement with the five defendants in the case at a Tuesday morning news conference in Bay County, Florida.

Alexis Fairchild and Sidney Good were on vacation in July of 2013 when their parasail line snapped as a storm front approached, sending them flying into the 13th floor of a high-rise resort. The two then fell on top of a parked SUV.

Both girls have had multiple surgeries and continue to recover. While Pittman couldn’t say how much money the settlement involved, a spokesperson for him said that, “Both girls will live comfortably for the rest of their lives.”

The case captured national attention, in part because amateur video had captured the tragedy.

Fairchild and Good suffered head, spinal and other injuries and were hospitalized for months in Florida and Indianapolis followed by time in rehab facilities.

Their families hired attorneys to seek damages against Aquatic Adventures, which operated the parasail, Treasure Island Resort, which managed the property where the girls were staying and allowed the parasailing business to operate. The manufacturer of the tow rope that broke, the wholesaler of the rope and a beach rental service were also included in the lawsuit.

“Both suffered horrible injures that will last a lifetime”, said Pittman, “and will have a profound effect on how they must live their lives, and how much enjoyment they can get out of their lives.”

All sides agreed to a settlement on Monday, Feb. 16, after more than a year of negotiations and mediation. According to Pittman, part of the money will go towards ongoing medical treatment. He said both girls read at a lower level than they did before the crash and Good suffers from severe vision problems. Fairchild is attempting to get into college, while Good has enrolled in a cosmetology school according to Pittman.

Following the incident, Florida state lawmakers took up legislation to toughen parasailing regulations, however Pittman doesn’t think they did enough.

“It’s sad that Bay County and the state of Florida still do not have adequate laws in place to protect others who vacation here, expecting to have a good and safe time riding parasailing attractions,” said Pittman. “During their 2014 session, the Florida legislature strengthened the laws requiring more attention to wind conditions, but fell short of imposing meaningful restrictions on the ride operators. I hope the legislature will go farther this year to protect our guests coming to Panama City Beach.”