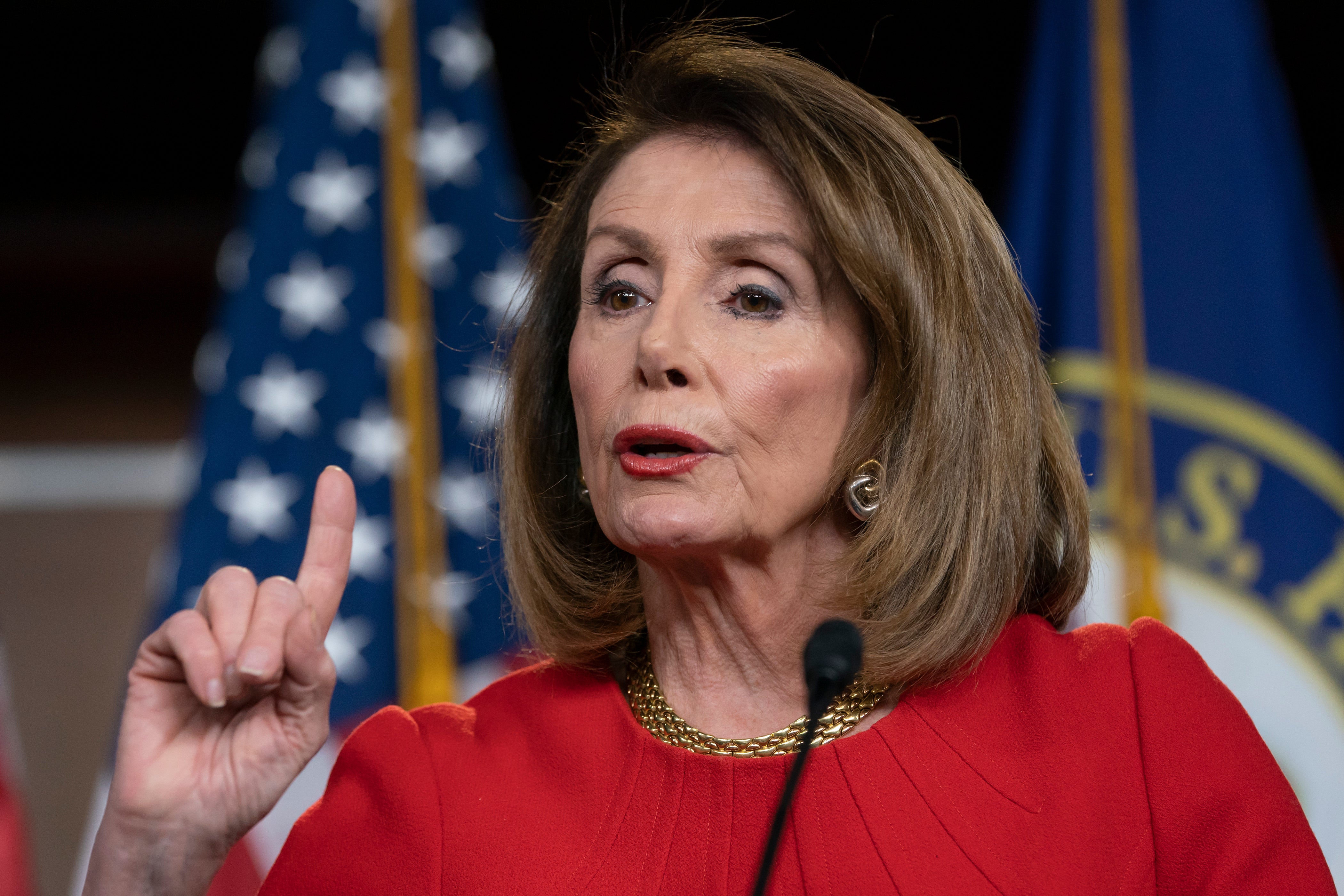 WASHINGTON (AP) — Some top Democrats vying for the White House in 2020 are clamoring for impeachment proceedings against President Donald Trump, but many of their congressional colleagues — who would have to manage such efforts — are far more wary.

“If any other human being in this country had done what’s documented in the Mueller report, they would be arrested and put in jail,” Warren said Monday at a CNN town hall in New Hampshire.

The split reflects the tension that could emerge in the coming months between Democratic leaders on Capitol Hill and those seeking the party’s presidential nomination. While the White House hopefuls are trying to rally their base with ambitious proposals and bold calls to take on Trump, those in Congress are tasked with the more arduous task of governing.

Impeachment calls run counter to the effort by Pelosi and Democratic congressional leaders. They would like to see a more deliberate approach that may eventually lead to impeachment but will focus for now on a slew of investigations into Trump and his administration.

The dynamic has already been on display with proposals such as the Green New Deal, which many presidential candidates have embraced to prove their progressive bona fides even as it goes nowhere in Congress. But the debate over impeachment is particularly explosive, and Democrats — including those seeking the White House — are divided over whether it would distract from besting Trump at the polls.

The Democrat-controlled House could begin impeachment proceedings, but the party doesn’t have the votes in the Senate to secure a conviction without Republican support, which seems unlikely.

Vermont Sen. Bernie Sanders said at the town hall that Congress should do a “hard investigation” to see if the president obstructed justice.

Another 2020 Democratic presidential hopeful, Minnesota Sen. Amy Klobuchar, sidestepped questions of whether Congress should push forward on the issue, saying at the town hall: “I believe that I am the jury here, so I’m not going to predispose things.”

Fellow Sen. Kirsten Gillibrand of New York said she wants an unredacted version of Mueller’s report to be released to Congress, saying of impeachment: “I haven’t decided yet because I want more information.”

“I would frankly like to beat Trump at the ballot box myself,” she said by phone. “But I do think the information in this report is deeply disturbing.”

Mayor Pete Buttigieg of South Bend, Indiana, said at the town hall that Trump “deserves impeachment,” but that it was up to Congress to attempt it. He said he is focused on delivering the president “an absolute thumping at the ballot box.”

Former Rep. Beto O’Rourke said while running for Senate in deeply conservative Texas last year that he’d vote to impeach Trump. Since then, he noted that the 2020 election will ultimately decide the president’s fate. Spokesman Chris Evans said Tuesday that O’Rourke believes “beyond a shadow of a doubt” that Trump sought to obstruct justice and that he would vote for impeachment if he were still in Congress.

Republicans who have been critical of Trump have also urged caution on the impeachment question. Appearing in New Hampshire on Tuesday, Maryland Gov. Larry Hogan said he didn’t think impeachment efforts “would be productive.”

“I think most people in America are sick of this whole two-year investigation,” said Hogan, who is considering a potential primary challenge of Trump. “I don’t think there should be Democratic overreach.”

That may not ultimately be enough for longtime advocates of Trump’s impeachment.

“Are you going to set a precedent that the president is above the law?” asked Tom Steyer, a billionaire liberal activist who spent millions on a campaign urging Trump’s impeachment even before the Mueller report. He added of Congress: “I think their duty is clear.”