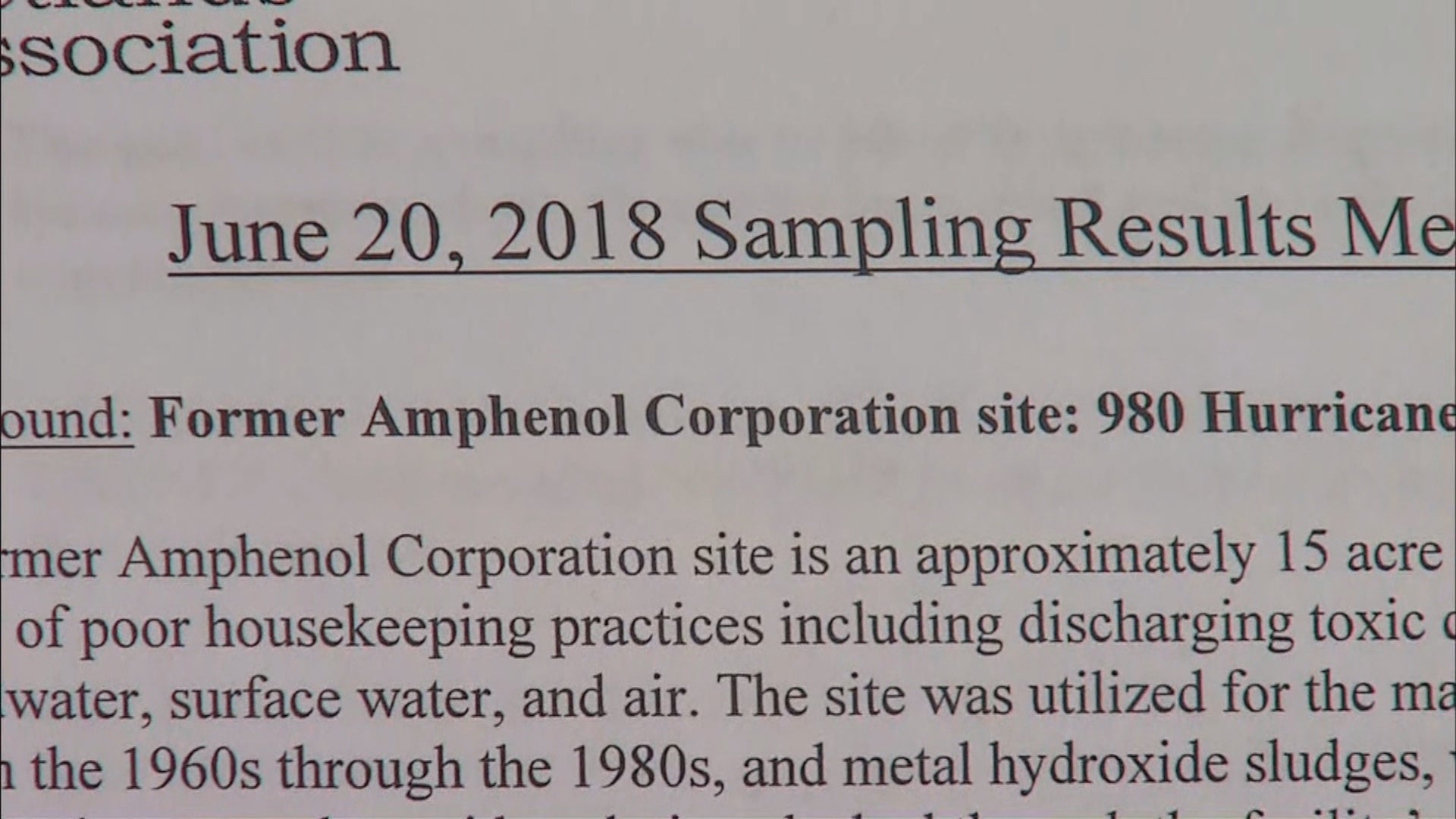 FRANKLIN, Ind. (WISH) – Franklin Schools officials said they will test air, water and soil in the area around two middle schools a week after data showed alarming levels of toxic chemicals in homes near the schools.

An Indianapolis-based environmental firm, EnviroForensics, did testing Tuesday on the grounds at Webb Elementary School. The other school that will be tested is nearby, Needham Elementary School. Both schools are on the city’s east side near Hillview Country Club.

The district said if the results are concerning, they will keep the schools closed when kids head back to classes Aug. 8.

An environmental advocacy group based in New Jersey, Edison Wetlands Association, and another group in Franklin, If It Was Your Child, sent a letter to the district asking for testing to be done before kids go back to school Aug. 8.

For years, people in Franklin have wondered if there is something in the water or the air because too often children are being diagnosed and dying from cancer.

Rhinehart said it is uncommon for children, and her doctor said he has seen three cases in five years.

She has been looking for an answer for years. She and another mother in Johnson County, Stacie Davidson, formed If It Was Your Child to dig for answers in Franklin. It got the attention of Edison Wetlands Association, which fights to protect environments around the country.

Last month, they tested 14 homes near the former Amphenol Corp. site. It’s a 15-acre property the association said released toxic chemicals for decades. The site was used for manufacturing electrical parts from the 1960s into the 1980s.

The results set off alarm bells. Nearly half the homes held dangerous levels of radon, which can cause lung cancer. One home had 18 times the acceptable level of trichloroethylene, or TCE, which can cause kidney cancer.

There is a fear something in the environment is causing the rise in cancers in Franklin, but this data does not confirm any correlation.

However, it has struck a chord of fear.

Two elementary schools sit within a half-mile of the industrial site.

“We should feel safe about where we live and where we send our kids to school,” Davidson said.

Last week, the school district said it hired EnviroForensics to advise on what to do.

“We really understand the community interest and concern in that and we feel that right along with the community,” said Jeff Sewell, the director of operations at Franklin Schools.

In just weeks, kids return to Webb and Needham elementary schools. Parents have called for the schools to get tested.

On Tuesday, the district said it will have samples done and analyzed before the start of school.

“If that’s what it takes to keep kids safe, we will absolutely close the schools,” Sewell said.

The district said it has contingency plans in place for events like a tornado, so they do take unexpected school closures into account.

Edison Wetlands Association offered to provide sampling as well for the two schools. The association said it would provide better quality assurance and control. The district said there is not enough time to get that done with Edison. However, the association never heard from the district about its offer.

The district will give an update to parents Thursday. It is unclear if samples will be finished by that point.

Last week, Edison released its sampling results from tests taken June 20. It examined properties all around the former Amphenol site. The organization said the high level of toxins in some of the 14 tested homes shows that the air in the area around the Amphenol site is contaminated. The organization said that is  because a lot of the homes had toxins detected in living spaces but not in basements. Edison said that means the toxins did not come from underneath the home.

Edision said it questions whether the Amphenol site had a filter on its groundwater pump and treatment system. The fear, if that’s the case, is that toxic chemicals were released into the air and could be the cause for the high level of toxins in nearby homes.