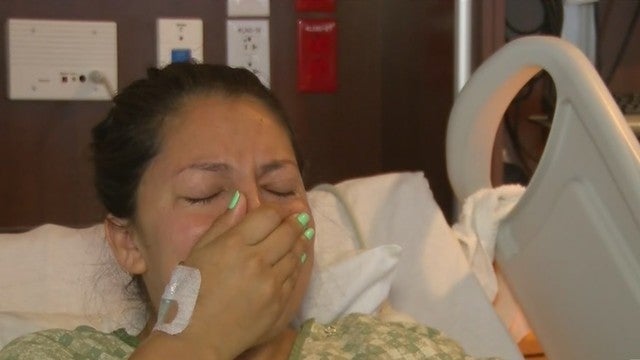 MIDLAND, Texas (KMID) – A heartbreaking story comes out of Midland, Texas this week. A couple lost all three of their triplets just within hours of their birth.

Parents, Jack and LeAndra Burcham, say their triplets Jack, Witten and Autumn were a blessing.

“We tried a whole year to pregnant. We were scared, excited… I mean our kids were so excited, because they were finally going to get a sister,” she said.

The couple was out swimming with their sons when LeAndra felt contractions. She had been carrying her triplets for only 22 weeks, so she believed it was a false alarm. However, says she knew something was wrong when she could feel the triplets coming together. The Burchams barely made it to the hospital in time for delivery.

What was supposed to be one of their happiest days, quickly, turned into their worst nightmare.

“It seems like you wake up and you’re just in a bad dream; like it’s not real. And the next minute, that’s it. They were all just too tired,” said Burcham.

“She was the smallest, but she was a fighter,” stated Burcham.

While the hours they got to spend with their three babies were short, they say they would not trade them for anything.

Going forward, the couple says their biggest fear is tackling the weeks and years to come.

“You know, people talk, “Oh, you are going to lose so much sleep” and stuff. But I would give anything to be able to do that. How do we walk past the nursey everyday? What do we do with their clothes?”

The Burchams are currently at the Medical Center Hospital for recovery. A GoFundMe page has been set up for the community to help with them pay for funeral costs.