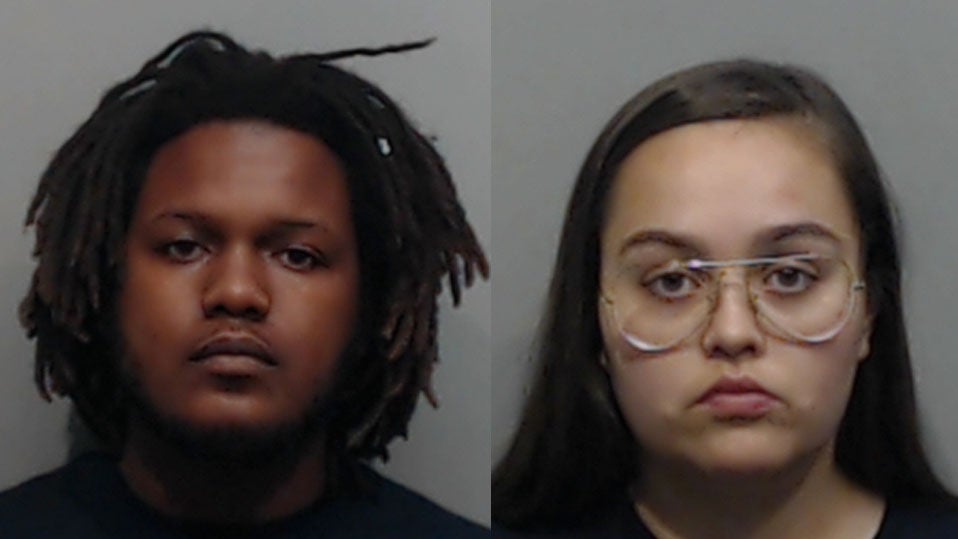 KYLE, Texas (KXAN) — The parents of a 2-year-old boy who died this month in Kyle have been arrested and charged with causing his death as well as allegedly injuring their 8-month-old girl.

Stevie Dwayne Williams, 24, and Dazrine Ruth Chagoya-Williams, 20, were arrested Monday and charged with capital murder of a person under 10 years old and injury to a child. According to an affidavit, it appeared the boy was physically abused.

Kyle police say they responded to the family’s home in the 300 block of Marquitos Drive on the Fourth of July holiday. When they arrived, officers found the child in the front hall. He was not breathing. They also found the toddler had “bruising on his left and right rib area, bruising on his back and bruising on his forehead.”

Chagoya-Williams told police when the father went into the child’s room, he wasn’t alive anymore. She said the boy didn’t have any bruises on him when he went to sleep. Her “only explanation was ‘Something (not someone) attacked him or something,'” police wrote in the affidavit. Williams told police “something not worldly” had hurt the boy, elaborating that it could be “Demons, Evil,” the affidavit said.

Child Protective Services says it had previous encounters with the family involving the son. According to the affidavit, the boy been removed from his parents’ care for almost a year and returned just six months prior to his death. In previous reports, the boy had sustained multiple rib fractures and had burns to his “foot, let and genitals from hot water.”

On July 4, CPS says they immediately removed the 8-month-old daughter and placed her in foster care. According to an affidavit, the girl had about 20 separate fractures, including skull fractures, rib fractures and a lacerated kidney.

Several neighbors tell WISH-TV’s sister station KXAN they know the parents and say they are shocked. They say they seemed like good parents and were always outside playing with the children.

Stevie’s mother, the children’s grandmother, told KXAN she saw the children several times a week and never noticed anything that raised a red flag.

“My son would never harm his son,” she said. “They were the best of parents… and to say these two could’ve abused these two children — it’s ludicrous.”

The police chief was unavailable for an interview Monday.