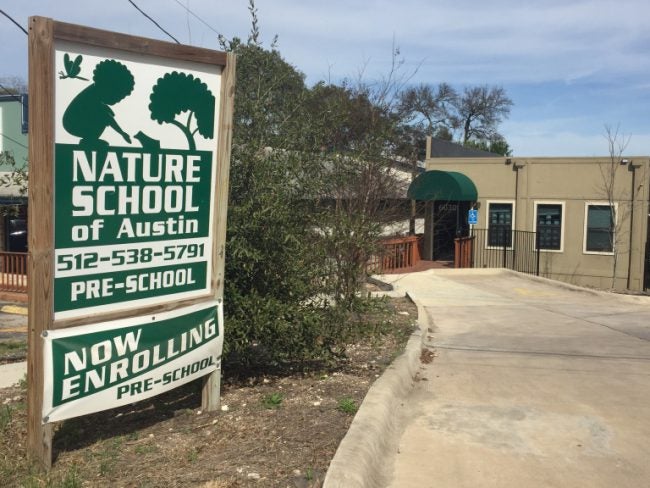 AUSTIN, Texas (KXAN) – An Austin pre-school teacher is accused of sexually assaulting his 4-year-old female student in the school’s bathroom, according to an arrest warrant.

The victim first told her mother about the incident on Oct. 14, 2016, claiming she was touched by her teacher, 51-year-old John Arnold, at the Nature School in Austin, a private pre-school for children between the ages of 1 and 6 in the Oak Hill area. According to the arrest warrant, Arnold followed the girl into the bathroom while the rest of the class was napping at the end of September. In a police interview, the girl said while they were in the bathroom he was making animal noises while he touched her inappropriately.

Police first questioned Arnold on Jan. 9, 2017 where he detailed an incident involving a lipstick. He claimed he took a lipstick from the child because she was not allowed to bring it to school, but says he did not do anything wrong with the child. The mother told police she knew about the lipstick incident from early October.

During a meeting between the mother, two other parents, Arnold and the school’s director in 2016, the teacher admitted to rubbing the child’s back and feet to help her fall asleep during nap time. The victim’s mother was “taken back” by Arnold admitting to touching her daughter, which only added to her concerns.

The other parent who was a part of the discussion told police her daughter loved going to school, but “suddenly did not like going to school anymore.” While the parent couldn’t get her daughter to explain why she no longer wanted to go to school, she did admit it was because of Mr. Arnold, continued in the court document.

Arnold told police he had had been a teacher for some time and was hired by Nature School in Austin in September 2016. According to court documents, Arnold was let go from the school in October, after the meeting with the parents. Arnold was arrested by police Wednesday afternoon.

KXAN has reached out the Nature School of Austin for a statement on Arnold. When KXAN reporter Lauren Lanmon knocked on the door of the school, an employee said she had no comment on the situation.

Looking into the history of the daycare with the Texas Department of Family and Protective Services, KXAN discovered several minor infractions: