The IRS releases its dirty dozen 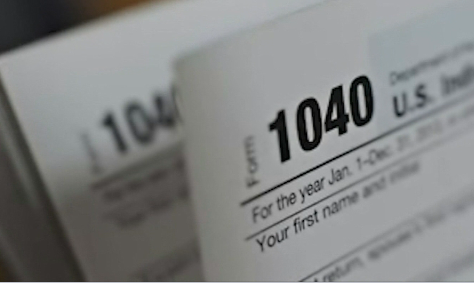 INDIANAPOLIS (WISH) – It’s tax season. You know, that time of year between Jan. 1 and April 15, when you must file your earnings from the previous year. The annual timeline comes with some anxiety for some, and a little bit of joy for others.

24-Hour News 8 discovered several schemes in the works to swipe returns before you even get a chance to file. In some cases, criminals have claimed someone else’s child on a tax return, some taxpayers have tried to process their W2’S only to learn it has already been done, and then there are people pretending to work for the IRS. According to an Indianapolis Metropolitan Police report, a woman received a call from a man claiming to be the IRS, and demanding $8,000. The caller told her if she didn’t pay up, she would go to jail, so she paid.

“The IRS will not call you, they will send you a letter, everything is pretty much in writing,” said Sheila Greer, owner of Liberty Tax.

For several years Greer has handled countless of tax returns. She also counsels her customers on what to do if they are faced with someone swiping their personal information.

Friday afternoon, the IRS, sent out this warning to tax filers, called the “Dirty Dozen”:

Avoid the temptation to falsely inflate deductions or expenses on tax returns, the IRS warned today in its 2017 “Dirty Dozen” list of tax scams. Doing so may result in paying less than is owed or receiving a larger refund than is due.The majority of taxpayers file honest and accurate tax returns each year. However, each year some taxpayers “fudge” their information. This is why falsely claiming deductions, expenses or credits on tax returns remains on the “Dirty Dozen” list of tax scams.Taxpayers should think twice before overstating deductions such as charitable contributions, padding  business expenses or including credits that they are not entitled to receive – like the Earned Income Tax Credit or Child Tax Credit.Each year, increasingly efficient automated systems generate most IRS audits. The IRS can normally audit returns filed within the last three years. Additional years can be added if substantial errors are identified or fraud is suspected. Although there is no way to entirely avoid an audit, preparing an accurate tax return is a taxpayer’s best defense.Significant penalties may apply for taxpayers who file incorrect returns including:

Taxpayers may be subject to criminal prosecution and be brought to trial for actions such as:Tax evasionWillful failure to file a return, supply information, or pay any tax dueFraud and false statementsPreparing and filing a fraudulent return, orIdentity theft.

The IRS adds it will not send you an email or call. The Internal Revenue Service reminds the public to protect your personal information.