The Living Monuments to be officially dedicated 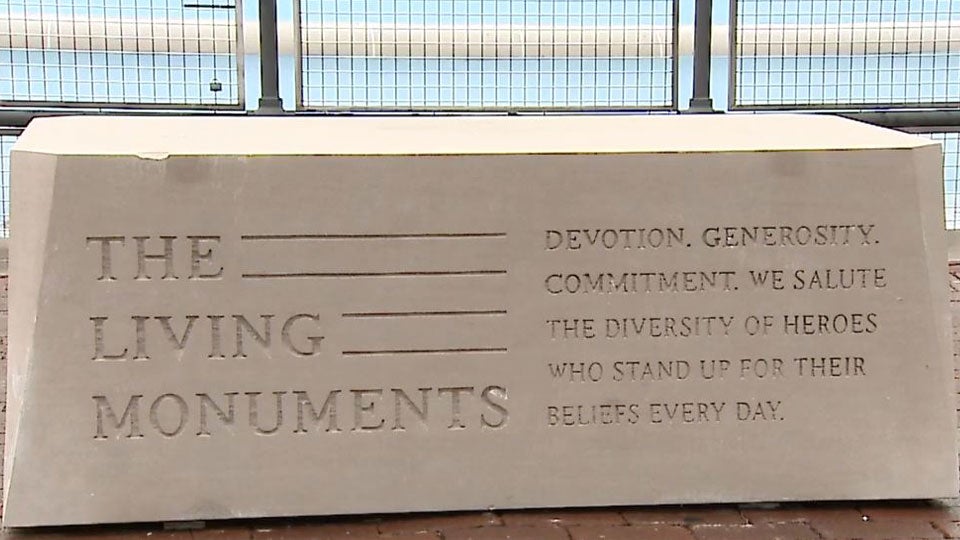 INDIANAPOLIS (Inside INdiana Business) – The city of Indianapolis will Friday host an official dedication of a commemorative project carved from Indiana limestone. The Living Monuments honors the bravery and generosity of people who dedicate their lives to serving America, while saluting their diversity and strength.

The Living Monuments will be located on the grounds of the Soldiers and Sailors Monument. The memorial is 2-ft tall and 5-ft wide, and officials say it was made to serve as both an independent marker as well as a podium in which individuals can stand and interact with the memorial.

“The Living Monuments truly complements our existing memorials and monuments, and we could not be more thrilled to have this new addition as a way to celebrate the courage of the 400,000 veterans in Indiana,” said Brig. Gen. Stewart Goodwin, executive director of the Indiana War Memorials Commission. “Considering the meaning behind the monument, the engagement potential with visitors to downtown Indianapolis and the heritage of the natural stone, it is really a perfect fit for our landscape.”

“The Living Monuments began as an avenue to recognize and celebrate our veteran employees and to thank them for their sacrifice and commitment to our nation,” said Matt Howard, President, Polycor West. “It’s incredible to think that The Living Monuments will now reside in a city with such a rich military tradition and strong culture of honoring veterans. We couldn’t be happier.”

Part of the project includes promoting the hashtag #LivingMonumentsIndy with the intention of generating a donation to the Indiana War Memorial Foundation.

The dedication ceremony will be held at 1 p.m. on the Soldiers and Sailors Monument in downtown Indy.