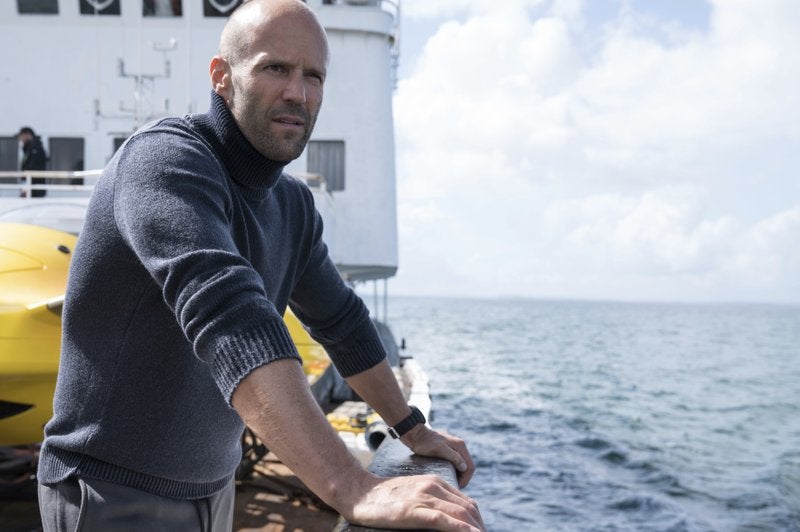 NEW YORK (AP) — Adding to Hollywood’s sizzling summer, the shark thriller “The Meg” opened well above expectations with an estimated $44.5 million in ticket sales, while Spike Lee had his best debut in a decade.

“The Meg” had been forecast by some analysts for closer to half that total. An American-Chinese co-production between Warner Bros. and China’s Gravity Pictures, it also debuted well overseas, taking in $50.3 million in China and totaling $96.8 million internationally, according to studio estimates Sunday.

With an international cast led by Jason Statham and featuring Li Bingbing, Rainn Wilson and Winston Chao, “The Meg” cost at least $130 million to make.

Following hits like “The Shallows” and “47 Meters Down,” the shark movie — 43 years after Steven Spielberg’s “Jaws” — has been showing surprising bite at the box office. Jeff Goldstein, distribution chief for Warner Bros., said late summer was ideal timing for “The Meg.”

“This was a fun, dumb popcorn movie that just looked interesting to the public everywhere around the world,” Goldstein said. “We dug our heels in and said: This is the right time to go. The last movie, as kids are going back to school. All the big blockbusters have played off. We’re in a space by ourselves.”

Traditionally a sleepy time at the box office, August has helped cement a comeback summer for the movie business. Weekend business was up 25 percent from last year, and the summer is up 11.3 percent, according to comScore. For Warner Bros., which on Wednesday will release the highly touted “Crazy Rich Asians,” ″The Meg” is the studio’s best opening this year, besting even Spielberg’s own “Ready Player One.”

After two weeks at no. 1, “Mission: Impossible — Fallout” slid to second place in its third weekend with $20 million. The Paramount Pictures release starring Tom Cruise has pulled in $162 million in three weeks.

Lee’s critically acclaimed “BlacKkKlansman” also opened strongly with $10.8 million in 1,512 theaters. The Focus Features release, which took the Grand Prix at the Cannes Film Festival in May, was timed to the anniversary of the violent clashes between white nationalists and anti-racism counter protesters in Charlottesville, Virginia. Lee’s film, produced by Jordan Peele (“Get Out”), is a true-life tale of African-American police detective Ron Stallworth (played by John David Washington, son of Denzel), who in 1979 infiltrated a Colorado Springs, Colorado, cell of the Ku Klux Klan.

“The anniversary of Charlottesville was something that was very key to Spike,” said Lisa Bunnell, Focus’ president of distribution. “It’s obviously a very emotional film that reflects the times. When audiences respond to that, it’s what cinema is all about. The state of the country is such that we’re all feeling really conflicted and alone. This movie is a call to action, and a movie that brings people together.”

Sony Screen Gem’s PG-13-rated “Slender Man” didn’t catch on the way some horror releases have this year. The film’s 15 percent “rotten” Rotten Tomatoes rating probably didn’t help. Audiences also gave it a seldom seen D-minus CinemaScore. But with a $10 million budget, the tale of an internet-famous boogeyman has a quick path to profitability for Sony.

The overall box office continues to be a roll, one that could continue next week with the landmark “Crazy Rich Asians,”

“People are loving going to the movies right now, and I think the diversity of the content is really fueling a lot of enthusiasm,” said Paul Dergarabedian, senior media analyst for comScore. “There are so many different types of movies that you can see from every genre, for every audience.”