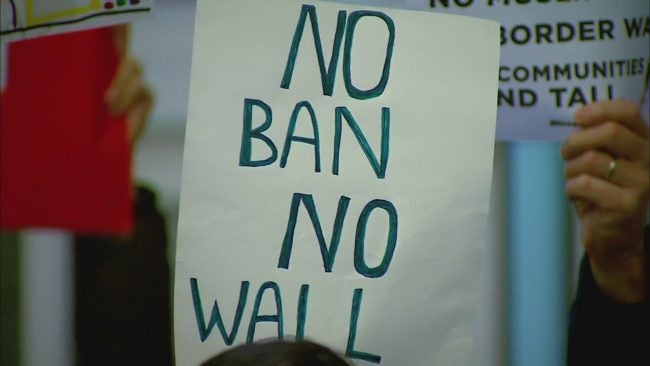 The Trump administration is pushing back on criticism that the rules unfairly target Muslims.

“These seven countries, what about the 46 majority Muslim countries that are not included? Right there it totally undercuts this nonsense that this is a Muslim ban,” Kellyanne Conway, Senior Adviser to President Trump said. “This is a ban on prospective travel from countries, trying to prevent terrorists in this country from countries that have a recent history of training and harboring terrorists.”

President Trump issued a statement on his Facebook Sunday afternoon.