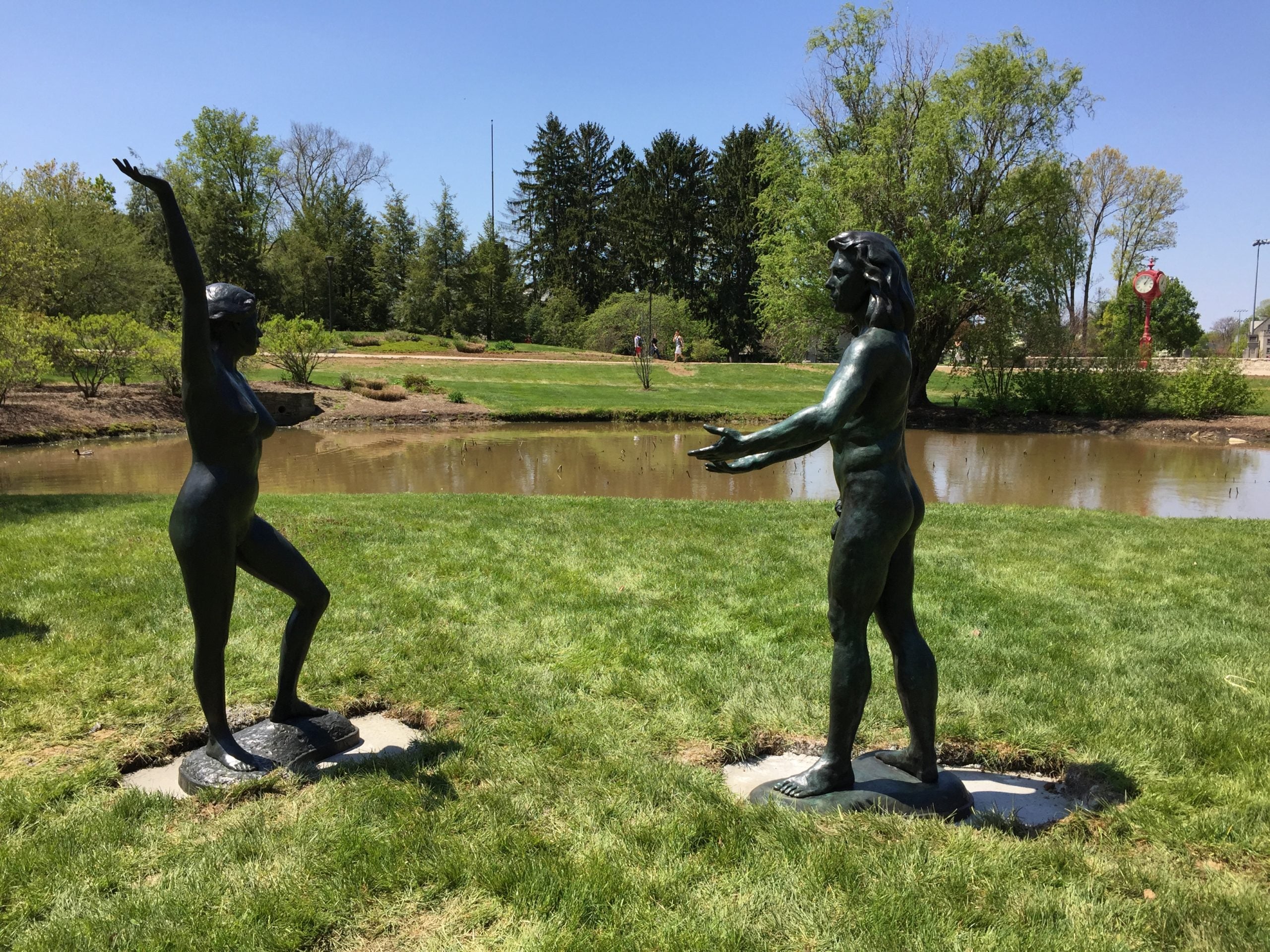 BLOOMINGTON, Ind. (WISH) – Indiana University is without an important piece of art after thieves got away with a 300-pound bronze sculpture.

The motive is unknown.

If ever there was a pair meant to be together it’s Adam and Eve.

Yanked from IU’s beautiful Arboretum for his own protection Adam now stands, his partner in crime is gone from the ankles up.

IU Fine Art Professor Emeritus Anthony Droege, who donated his works to the University, got the bad news in an email.

Installed just six weeks ago, the pair barely had time to get used to their new garden before Eve was sawed off and stolen.

As for who might be behind the theft? Well, the usual suspects are gone for summer.

“Often times we think of young drunken kids, but it’s harder to think of that during this time,” Droege said. “So we really don’t have any idea.”

Droege says he doesn’t really care who is behind the heist– as long as Eve can get back to her true love.

“They were conceived together so it’ll be interesting to see Adam wherever he ends up now…alone,” Droege added.

Droege says someone would be lucky to get $500 for the metal.

He says to call him or the school and he’ll give whoever took it $1,000 if they tell him where Eve is located.