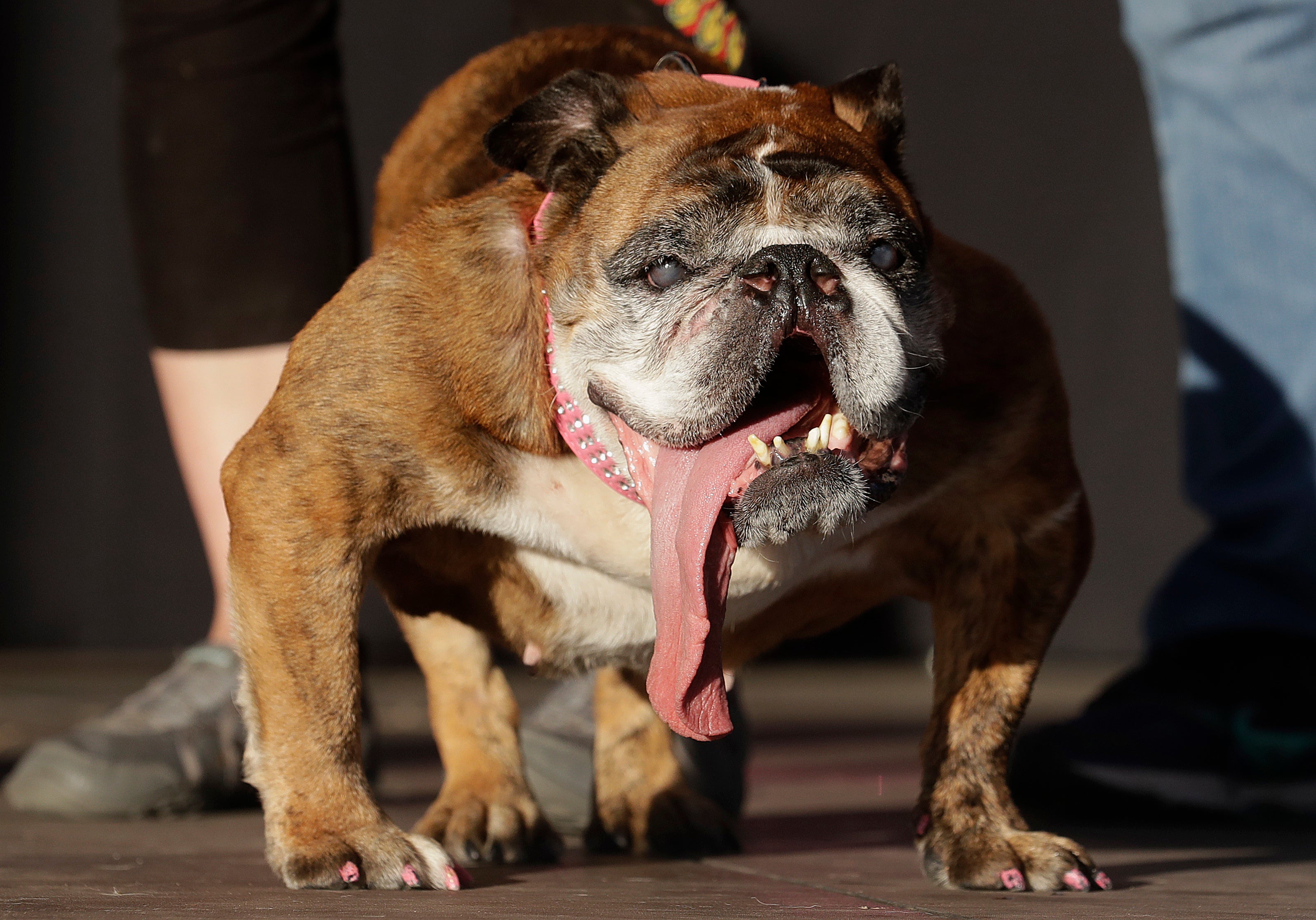 (AP) — Things are starting to get ugly in the picturesque California town of Petaluma.

Indeed, the place will go to the dogs when the winner of what’s being billed as the World’s Ugliest Dog Contest is announced Friday night.

It’s shaping up to be a hideous affair.

Most were previously abandoned or rescued from kill shelters in the U.S., found abandoned on streets or seized from unscrupulous breeders.

First they’ll walk the red carpet and preen for adoring fans at Sonoma-Marin Fairgrounds in the heart of Northern California wine country. The winner then gets $1,500, a trophy the size of a Rottweiler, and a future appearance on the “Today” show.

Everyone knows ugliness is in the eye of the beholder and, to a dog lover, there is no such thing as an uncomely canine. Weird-looking, maybe. Appearance-challenged, perhaps. Or, as owners of ugly dogs like to say, “unique.”

Like little Tostito, whose damaged ears and droopy tongue make him look like he just stuck his foot into an electrical socket.

Or Willie Wonka, a sweet-natured pit bull abandoned after it was discovered he had a genetic malady that left his legs so bowed he could barely walk.

Publicist Christy Gentry says with a chuckle that the competition is not just about being ugly.

“Judges are looking for special attributes like hanging tongues, slobber drool (the more the better). Maybe unusual patches of skin or hair,” she explains.

Indeed, the contest is more akin to a canine Cinderella story — one in which the glass slipper is seized but not chewed to pieces — and bringing attention to the needs of rescue dogs.

Last year’s champion, an English bulldog named Zsa Zsa, with a tongue that hung nearly to the ground, endeared herself to the judges when she sneezed and drooled all over them.

Soon she was headed to New York for national TV appearances. Another previous winner, Nana, made the cover of an album by the Grateful Dead spinoff band Ratdog.

“What we’re really doing is we’re showcasing dogs that have been rescued and adopted and brought into loving homes,” Gentry said. “These are sort of spokesdogs for adoption.”