This is the story behind how Santa Claus, Indiana, got its name 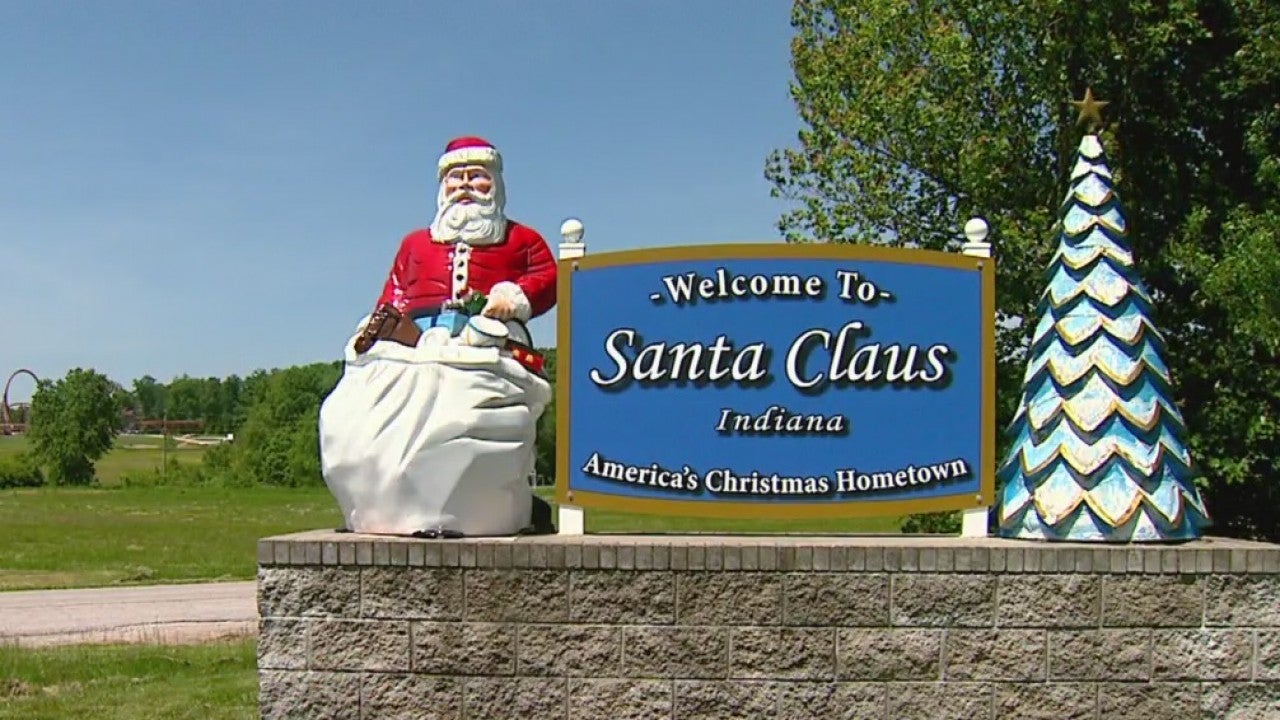 SANTA CLAUS, Ind. (WISH) — Welcome to Santa Claus, Indiana, the only place in the country where Christmas is celebrated year-round.

The name was changed in 1856 when the town applied for a post office.

“They said, ‘We have a town in Indiana called Santa Fe, it’s too close, so no, you can’t use that name,’” Hedge said.

As the story goes, on Christmas Eve, the town held a meeting to decide what the name should be.

The town is known for its post office, where every year thousands of people come to write letters to Santa.

Meanwhile, across town from the museum and post office is the country’s first theme park, Holiday World & Splashin‘ Safari.

“We actually opened in 1946, by my great-grandfather. It was actually a retirement project for him,”  fourth-generation owner Lauren Crosby said. “He worked in Evansville, Indiana, and Louis J. Koch and he decided that it was a shame that children would come here and there wasn’t anything to do.”

The theme park was first called Santa Claus Land but, in 1984, the name was changed to Holiday World.

“On pretty much any given day, the park is going to have more guests in than people living in the town of Santa Claus, and we’re pretty proud of that because where else are you going to find an amusement park in the middle of cornfields that is thriving and doing well?” Crosby said.

So well that people from all over the Midwest and the South come to visit.

It’s one of the few places where you can meet Santa himself, even in the summer, who says he spends his summers at Holiday World.

“That’s the good thing about Holiday World. They let me use their free internet and I can always check on that naughty and nice list and the construction projects going on at the North Pole,” Santa said.

Back at the museum, Hedge said come Christmastime, Santa Claus, Indiana, may be just as busy as the North Pole.

“It’s just amazing at Christmas,” Hedge said. “It’s amazing to see all the people who truly have the spirit and send letters here and want a response from Santa Claus.”