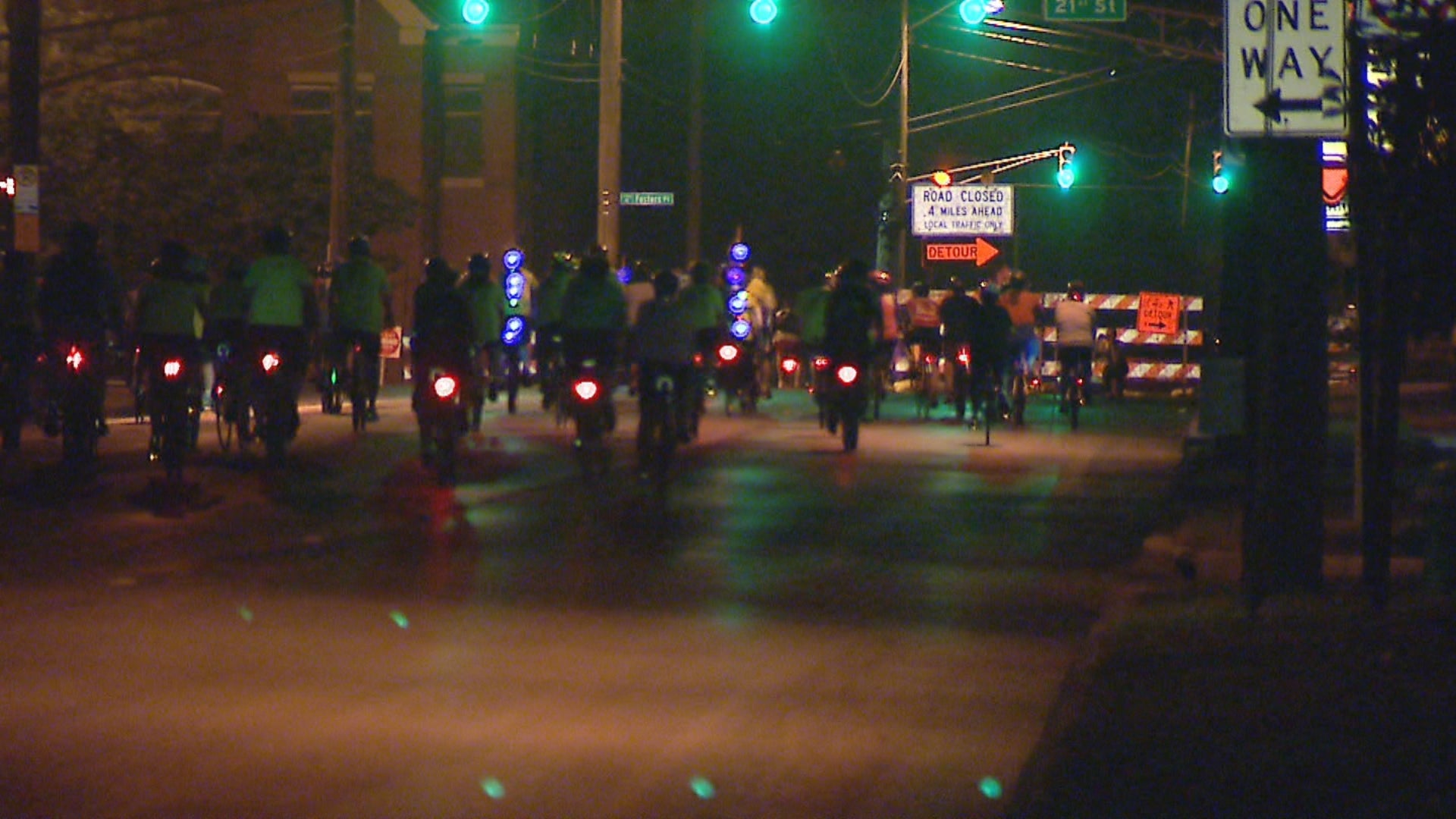 INDIANAPOLIS (WISH) — More than 3,000 bicyclists are expected to take to the streets of downtown Indianapolis Saturday night.

Jon Clahan, managing director of the N.I.T.E Ride, said traffic would be partially shut down during the event.

Drivers are asked to avoid Illinois Street from St. Clair to 49th Street and the majority of White River Parkway, as those streets serve as the main route for the ride.

The total length of the route is estimated to be between 17 and 20 miles.

Clahan said he expects most riders to finish the leisurely ride in about three hours.

Registration is $35 per rider. Ride officials ask that people bring their own bicycles, helmets and front/rear headlights.

Bicycle rentals are available for $40 per bike at the Bicycle Garage Indy Downtown.