Thousands remain without power in Kokomo, local kids help out 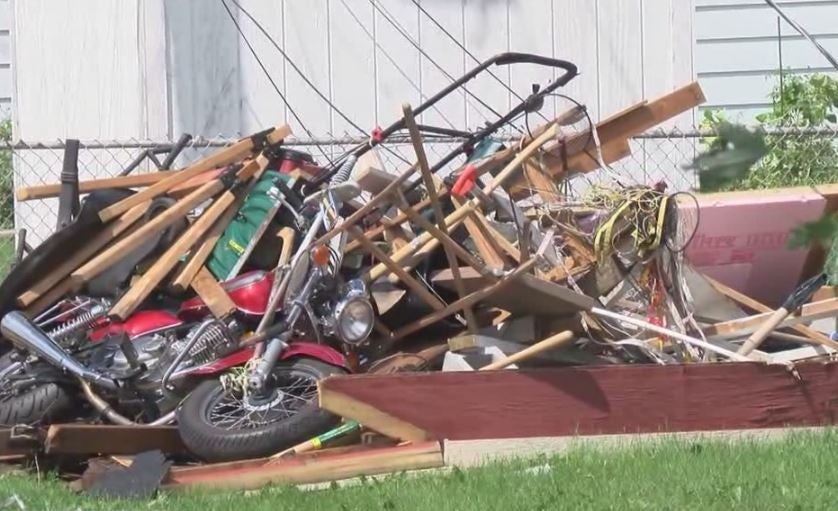 KOKOMO, Ind. (WISH) – After two days without power, people in Kokomo are scrambling for ways to stay cool and keep their food from rotting.

More than 4,000 people in Kokomo are still without power, according to an email from a Duke Energy spokesperson sent Friday afternoon.

Michael Lamm is one of them. He’s sorting through his fridge to decide which food he’ll throw out.

“I don’t know if that’s going to last,” Lamm said as he examined a chicken breast. “I’m a former sailor. So, when you’re adrift, you’re waiting for someone to throw you a life preserver.”

His neighbors down the street, the Kennelys, already caught a life preserver when a friend gave them a generator.

But a generator can’t clear the trees from their backyard; it can’t reassemble their shed and it can’t fix their motorcycle, which went flying into their neighbors’ yard Wednesday.

They know some folks have it worse.

Duke Energy said about 400 line workers are on the streets and they’ve restored more than 41,000 outages.

They’re working around the clock, according to a company spokesperson.

Lamm looks out his back window and he sees a web of power lines.

But Friday afternoon, a local youth volleyball club called KASH tossed the sailor his life preserver. They gave Lamm and his neighbors fists full of fresh food and cold water.

“They just need help,” Mary Hartman of KASH said. “They need food and water and we want to bless them with that.”

Duke Energy aims to restore power to everyone in Kokomo by 6 p.m. Saturday.