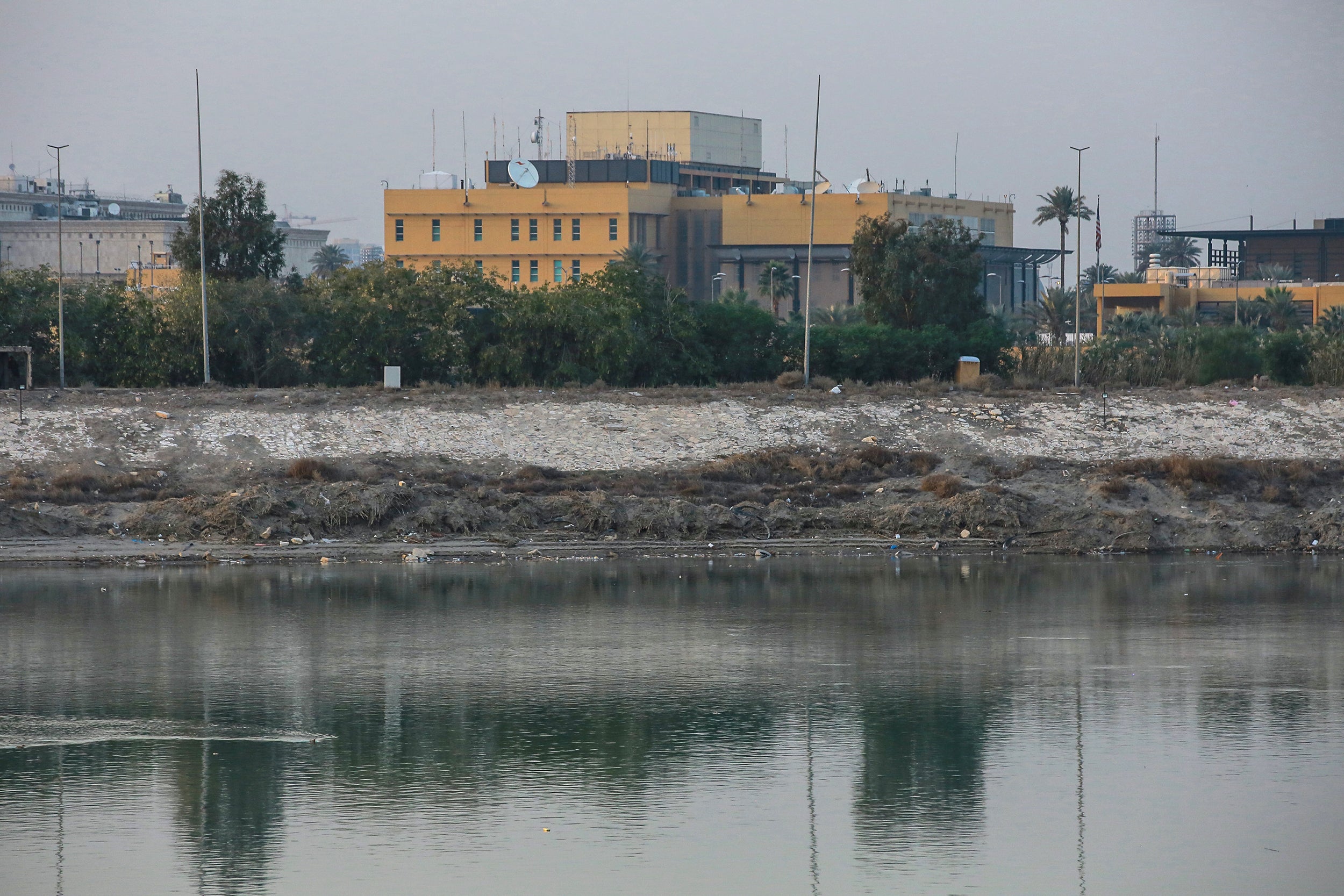 The official said the injury was minor and the individual had since returned to duty.

In a call with Iraqi Prime Minister Adil Abdul Mahdi on Monday, Secretary of State Mike Pompeo “expressed his outrage at the continued assaults by Iran’s armed groups against US facilities in Iraq, including yesterday’s rocket attacks against our Embassy, which resulted in one injury,” a readout from State Department spokesperson Morgan Ortagus said.

“The Secretary underlined once again that these attacks demonstrate a wanton disregard for Iraqi sovereignty and a failure to rein in these dangerous armed groups. He appreciated Prime Minister Abd al-Mahdi’s commitment to strengthen security to protect American personnel and diplomatic facilities,” Ortagus wrote. “The Secretary noted that we view last night’s attack on the Embassy as an attempt to distract Iraqi and international attention away from the brutal suppression of peaceful Iraqi protesters by Iran and its proxies.”

Ortagus said that Pompeo expressed the US’ “willingness to discuss the scope of our forces in Iraq over time.”

There have been numerous rocket attacks on Baghdad’s Green Zone, where the embassies of the US and several other western countries are located, and the area surrounding it in recent months. However, the whole of Iraq is on a heightened state of alert as tensions between the US and Iran have dramatically increased in recent weeks after the US killing of key Iranian general Qasem Soleimani and Iran’s retaliatory missile attack on an Iraqi base housing US troops. No one immediately claimed responsibility for Sunday’s attack.

“The security situation remains tense and Iranian-backed armed groups remain a threat. So, we remain vigilant,” a State Department spokesperson said Sunday. Since September there have been more than 14 attacks by Iran and Iranian-supported militias on US personnel in Iraq, according to the State Department.

The spokesperson said the State Department would not comment further on the security situation in Baghdad.

Rep. Michael McCaul, the lead Republican on the House Foreign Affairs committee, said in a tweet Sunday that he is “closely monitoring reports of a rocket attack targeting the U.S. Embassy in Baghdad.”

“Violent acts against our diplomatic facilities are simply unacceptable. We must ensure the safety of American diplomats, troops and other Americans in Iraq.”

Abdul Mahdi, the prime minister of Iraq, condemned the attack and said Iraqi forces have been ordered to “deploy, search, and investigate to prevent the recurrence of such attacks, and to arrest those who launched these rockets so that they can be punished.”

The Prime Minister said the Iraqi government is “committed to protecting all diplomatic missions and taking all necessary measures to achieve this.”

Baghdad’s Green Zone was initially carved out of central Baghdad by US-led forces after their invasion of Iraq in 2003 and is largely viewed as a safe location, despite frequently being the target of rocket attacks.

Earlier this month, the US embassy was the site of mass protests in response to US airstrikes on an Iranian-backed militia group at the end of December.

Those strikes were launched in retaliation to attacks by an Iranian-backed Shia militia group known as Kataib Hezbollah, which had injured numerous American military personnel, according to US officials.

In early January, Iran fired a number of missiles at two Iraqi bases housing US troops in retaliation for the American strike that killed Soleimani in a drone strike at Baghdad International airport.

On Friday the Pentagon revealed that 34 US service members have been diagnosed with traumatic brain injuries following the Iranian missile attack.