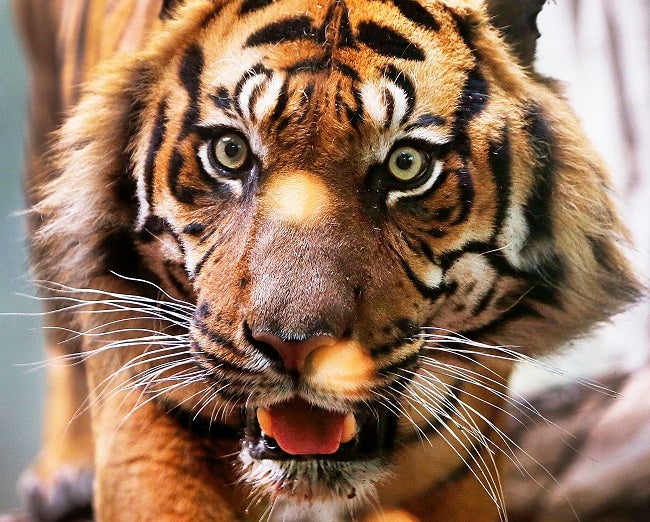 “A tiger had entered an enclosure with a keeper. Sadly the female zookeeper died at the scene,” Cambridgeshire Police said in a statement.

The zoo said in a statement that a “freak accident” was to blame for the death. It said, “Our thoughts and sympathies are with our colleagues, friends and families at this dreadful time.”

Hamerton Zoo posted a statement on its website saying staff members were too “distressed” to speak the media about the death. The zoo is expected to be closed Tuesday while an investigation continues.

Police said they were called to the zoo late Monday morning.

The tiger never escaped from the enclosure, and police said foul play was not suspected in the keeper’s death.

Visitors were evacuated when the incident began and an air ambulance was summoned to provide emergency help for the victim.

An eyewitness says visitors were removed calmly and that there was no panic.

Police did not release information about the tiger.