Tired of being tagged with graffiti, business owner turns to local artists 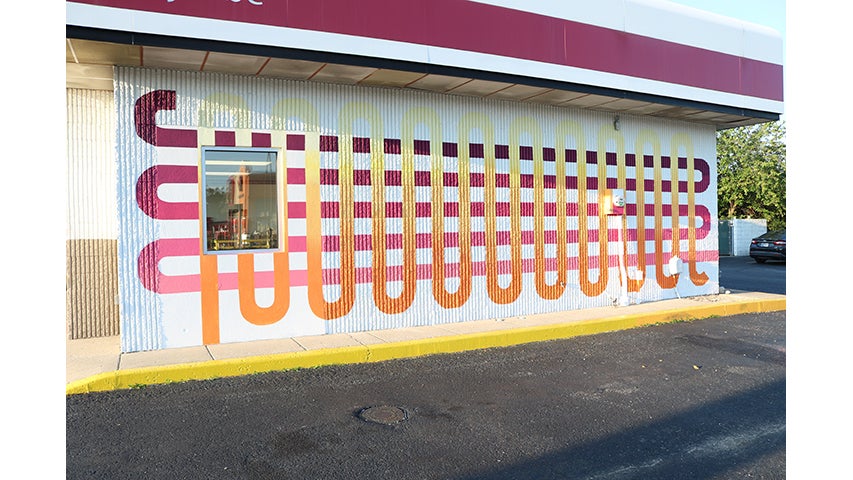 INDIANAPOLIS (WISH) – A public art project on Jiffy Lubes all around central Indiana started because of a problem.

Steve Sanner owns 48 different Jiffy Lube locations around central Indiana. One of his stores in Broad Ripple was being tagged with graffiti and he needed an idea to fix the problem.

That’s when Sanner called the Arts Council of Indianapolis to partner with local artists and change the perspective.

Artists start out as an empty white wall and by the end it will be a beautiful public art project. That’s something you wouldn’t expect to see as you get your oil changed.

Pop-up will be seen in 13 locations including Carmel, Lafayette, Georgetown Road and 56th Street, International Marketplace, Brownsburg, Castleton and Glendale.

“It’s really interesting to see how different the murals are that the artists are proposing to us,” said Sanner. “Some of them are very historical the one that’s going up in Brownsburg today really speaks to the history of Brownsburg. Brownsburg is under a lot of redevelopment going on and we wanted to help the town remember some of its history.”

Artist Billy Ray is working on the mural near Keystone Avenue. He says Indianapolis is on the rise when it comes to public art.

“I think we’re growing for sure,” said Ray. “I think we’re in a state of evolution in terms of public art. New galleries and organizations but it’s on the up, it’s not on the down for sure.”

You may know Ray’s work as he designed the artwork on the cans for Sun King Brewery.

Billy’s project on Keystone Avenue and 62nd Street is in progress and could take about a week or more to finish. This project and the others at the Jiffy Lube locations are part of a bigger public art movement in Indianapolis.

Keep an eye out for more art popping up on walls around Indianapolis, including Reggie Miller hitting a wall near you.