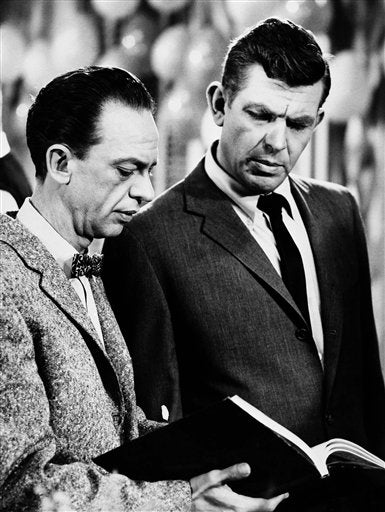 In 1964, the rock and roll TV show “Shindig” premiered on ABC. The show was considered a cut above its competitors at the time because the acts performed on stage, rather than just lip-synched. The first show featured Bobby Sherman, the Everly Brothers, the Righteous Brothers and Sam Cooke.

In 1968, the final episode of “The Andy Griffith Show” aired.

In 1970, a poll in Britain’s “Melody Maker” magazine found that Led Zeppelin was the most popular band. It was the first time in eight years that The Beatles had not topped the list.

In 1977, Marc Bolan, leader of the band T. Rex, died in a car crash near London. His girlfriend was at the wheel.

In 1978, the Grateful Dead performed a concert before the pyramids of Egypt.

In 1979, “Rapper’s Delight” by the Sugarhill Gang was released. It’s considered to be the first rap record.

In 1992, Barbra Streisand sang in public for the first time in six years at a fundraiser in Beverly Hills for Democratic presidential candidate Bill Clinton.

In 1995, TV viewers voted to keep the swimsuit competition in the Miss America pageant.

In 1998, members of Mott the Hoople reunited for a concert in London, their first concert in 24 years.