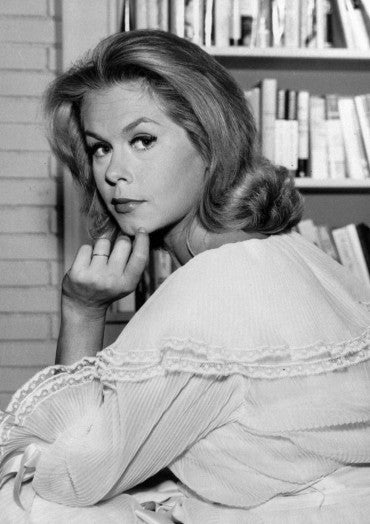 In 1963, “The Fugitive” began its run on ABC, starring David Janssen as Dr. Richard Kimble.

In 1964, “Bewitched,” starring Elizabeth Montgomery, made its debut on ABC.

In 1967, The Doors performed “Light My Fire” on “The Ed Sullivan Show.” Jim Morrison had been asked to change the line “Girl, we couldn’t get much higher,” but Morrison sang it anyway.

Also in 1967, The Who appeared on “The Smothers Brothers Comedy Hour.” Drummer Keith Moon had set a flash powder explosion in his drum kit, not knowing technicians had already done so. The resulting explosion sent a cymbal into Moon’s leg and singed Pete Townshend’s hair.

In 1978, ABC’s expensive sci-fi show “Battlestar Galactica” made its debut.

Also in 1991, Hank Williams Jr. unveiled a statue of his father in Montgomery, Alabama, where his funeral was held in 1953.

In 1996, The Cranberries canceled the last nine shows of their U.S. tour because singer Dolores O’Riordan was suffering from a combination of exhaustion and the flu.

Also in 1996, London police intercepted and destroyed a booby-trapped book that an obsessed fan sent to singer Bjork (BYORK). The fan shot himself to death hours after mailing the package. The package never reached Bjork’s home.

In 1997, comedian Red Skelton died at a hospital near his home in Palm Springs, California, after a long illness. He was 84.

In 2001, David Letterman hosted the first late-night talk show since the terrorist attacks on September Eleventh. Letterman opened the show with no jokes, just his thoughts on the matter. Dan Rather was his first guest and broke into tears.