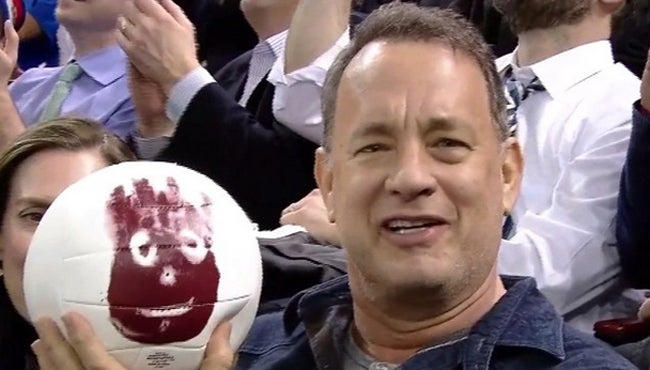 NEW YORK (WISH) – Fifteen years ago, movie theaters around the world watched as Tom Hanks and his on-screen pal, a volleyball named “Wilson,” were separated at sea in the movie Cast Away.

This week, during a New York Rangers game, the actor was reunited with his co-star.

The team posted to their Instagram page a short video of Hanks getting tossed the volleyball. The crowd laughed and smiled as the actor danced around with the ball.

You can watch it below: