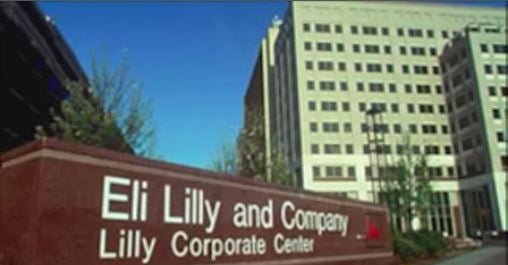 Sanders quoted a Washington Post article in a tweet asking why Lilly’s drug price has gone up 700% in twenty years. In the tweet, Sanders blamed corporate greed.

Sanders also released a video talking about the price of insulin and what it means for people who cannot afford it.

People are dying or getting sicker because they can’t afford their insulin, just so Eli Lilly and Novo Nordisk can make outrageous profits. pic.twitter.com/5bpwnR2jJ2– Bernie Sanders (@BernieSanders) November 1, 2016

“What you have is an incredibly powerful industry, charging whatever price they want and the result of that is that 1 out of 5 Americans can’t afford the medicine that they need. Can you imagine that? They go to the doctor, the doctor writes a prescription, but they go to fill it and they can’t afford to fill it,” said Sanders in the video.

Now is the time to take on the greed of the pharmaceutical industry.- Bernie Sanders (@BernieSanders) November 1, 2016

Eli Lilly denied an interview request, but gave this statement to 24-Hour News 8:

“Today’s health care system works well for many people, but those enrolled in high-deductible insurance plans and managing chronic conditions face challenges in gaining reasonable access to the treatments they need. Insulin is one example, and we are committed to doing our part. A permanent solution that gives everyone who uses insulin reasonable access will require leadership and cooperation across many stakeholders, including manufacturers, PBMs, payers, and policymakers.

“That’s because the answer itself isn’t simple. For instance, while the list price for Humalog has gone up, Lilly actually receives a lower average net price now than in 2009. When Lilly released third quarter earnings on October 25, the biggest miss noted was Humalog, whose US revenue fell 14 percent, driven by a 24 percent decline in net price.”

This is not the first time social media had an impact on the stock market. Bernie Sanders tweeted about the price of Ariad’s Leukemia drug earlier this year. Ariad shares dropped after the tweet. Hillary Clinton tweeted about what she called “price gouging” in the drug industry, and the NASDAQ Biotechnology Index dropped nearly 5% in response.

Eli Lilly tweeted a blog post from its CEO about how the company is working to make medicine more affordable for everyone. You can read it here.