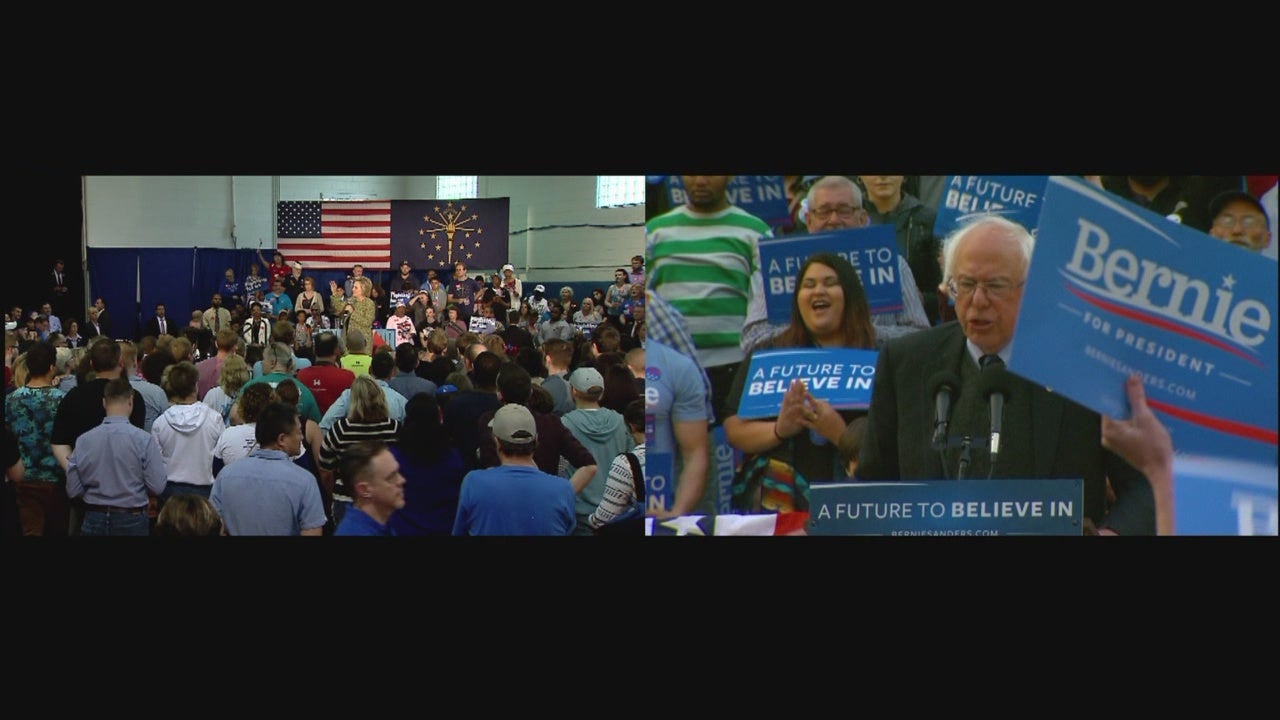 INDIANAPOLIS (WISH) – Hillary Clinton lost the Indiana primary on Tuesday, but she will win the delegate battle here.

Bernie Sanders won the Indiana Democratic primary by a solid margin, 52-to-48. But unlike the Republican primary, it’s not a winner-take-all affair. The delegates are distributed on a proportional basis.

There are nine superdelegates from Indiana and seven are already committed to Hillary. At least one of the two who are uncommitted superdelegates is expected to go her way as well. It means that Hillary Clinton will have more Indiana delegates in her column.

The Bernie Sanders win in Indiana did nothing to close the delegate gap in his bid to win the nomination, and Sanders supporter Jerry Payne said it should lead to an elimination of superdelegates.

“I think that’s wrong. I think that’s absolutely wrong,” said Payne. “All that is just to protect the elected officials so they don’t have to go face-to -ace with an average person that’s going to be a delegate to the convention.”

State Democratic Chairman John Zody didn’t address the question of unfairness in a statement he issued. He said simply that “we will unite behind our Democratic nominee.”

When asked if the system is fair, Clinton state director Peter Hanscom said, “I think it’s incredibly fair. Superdelegates have been in place in the Democratic Party for decades now and really, it’s most important from my vantage point, these are folks who know personally these two candidates.”

Zody, by the way, is one of the two uncommitted superdelegates. The other is Congressman Pete Visclosky.

Clinton won his district and that’s why he is expected to commit to her.

All this points to the fact that Hillary Clinton remains the likely nominee.