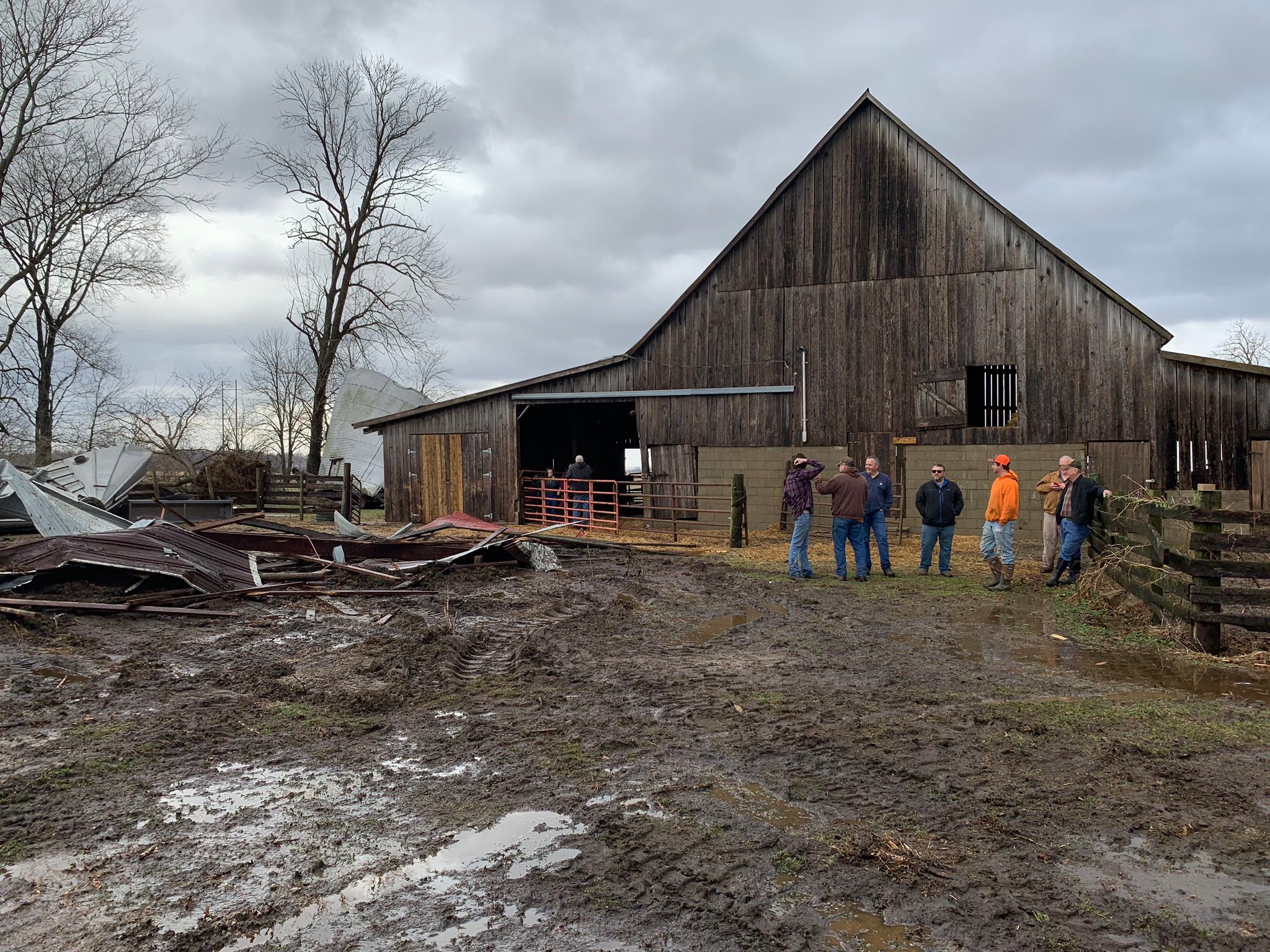 Both tornadoes Thursday were rated EF-0 and lasted two minutes or less. One with estimated peak winds of 80-85 mph hit the outskirts of Lowell in northwestern Indiana’s Lake County, traveling about 1½ miles. It says damage was limited almost entirely to trees, including a large one that fell on a home.

The other tornado struck Washington County in the south with an estimated peak wind of 70 mph, causing sporadic damage to trees and a barn along a 3-mile path.

Storms also packing high winds and hail left thousands of power customers without service. Most had it restored by Friday.