Town, church has mixed feelings over future of building 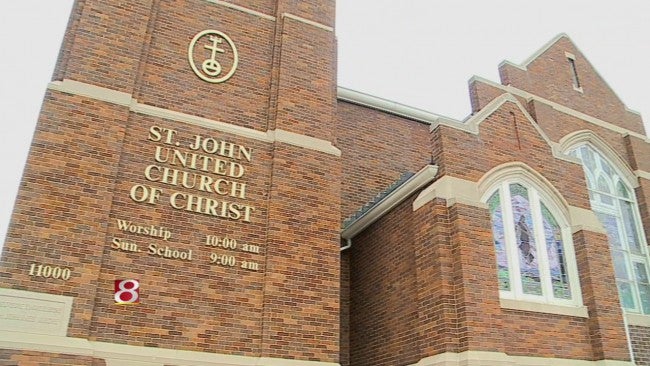 CUMBRELAND, Ind. (WISH) – A debate is growing over progress, priorities and preserving history. The controversy is surrounding the future of a church building to possibly make room for a convenience store.

The building could be turned into a gas station and residents are fighting back, but they aren’t even church members.

“The church is not fighting it at all. We’re in support of it,” said Dr. Jimmy Watson Pastor of St. John United Church of Christ.

Pastor Jimmy Watson has been leading St. John United Church of Christ for about a year, but the church itself is a pillar in the town of Cumberland.

The church was founded in 1855, and members still enjoy service in their third sanctuary. But the church is starting to show problems inside despite the appearance from the outside. The building leaks and cracks can be seen everywhere, including inside the sanctuary and the cost to fix the problems is mounting.

“Estimates say it would take about $750,000 to renovate this facility,” Dr. Watson said.

That’s money the congregation of about 150 people just doesn’t have. So the church has been trying to sell the building. Pastor Watson says they have signed a contract with the company Giant Eagle, which wants to tear down the church and build a gas station.

Many people are protesting online, joining the Facebook page ‘Save German Church’

Klinger says, “We are not opposed to Giant Eagle but this is the wrong location.”