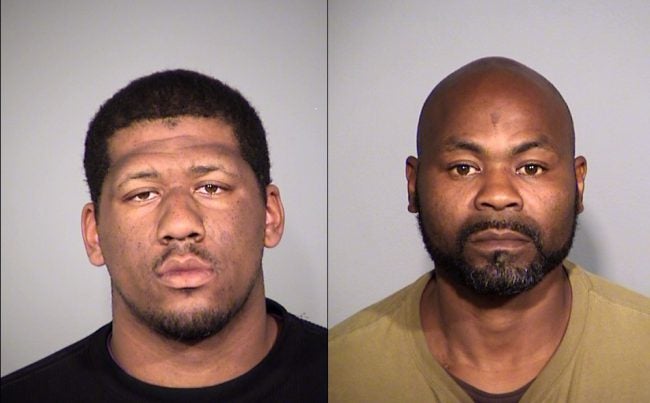 According to the Indianapolis Metropolitan Police Department, around 1 p.m. officers witnessed a white Chevy Suburban commit a traffic violation in the 3100 block of Martin Luther King Jr. Street.

Officers then pulled over that vehicle just north of the MLK/West Street exit on I-65 South. Upon approaching the vehicle, officers detected what they believed to an odor of marijuana coming from the vehicle.

A subsequent search of the vehicle led to the discovery of nearly 19 grams of a substance believed to be crack cocaine and a digital scale. Both the driver, 34-year-old Derek Blue, and the passenger, 45-year-old Tyrone Anderson, were also searched. A small amount of marijuana and almost $750 in cash were found as well.