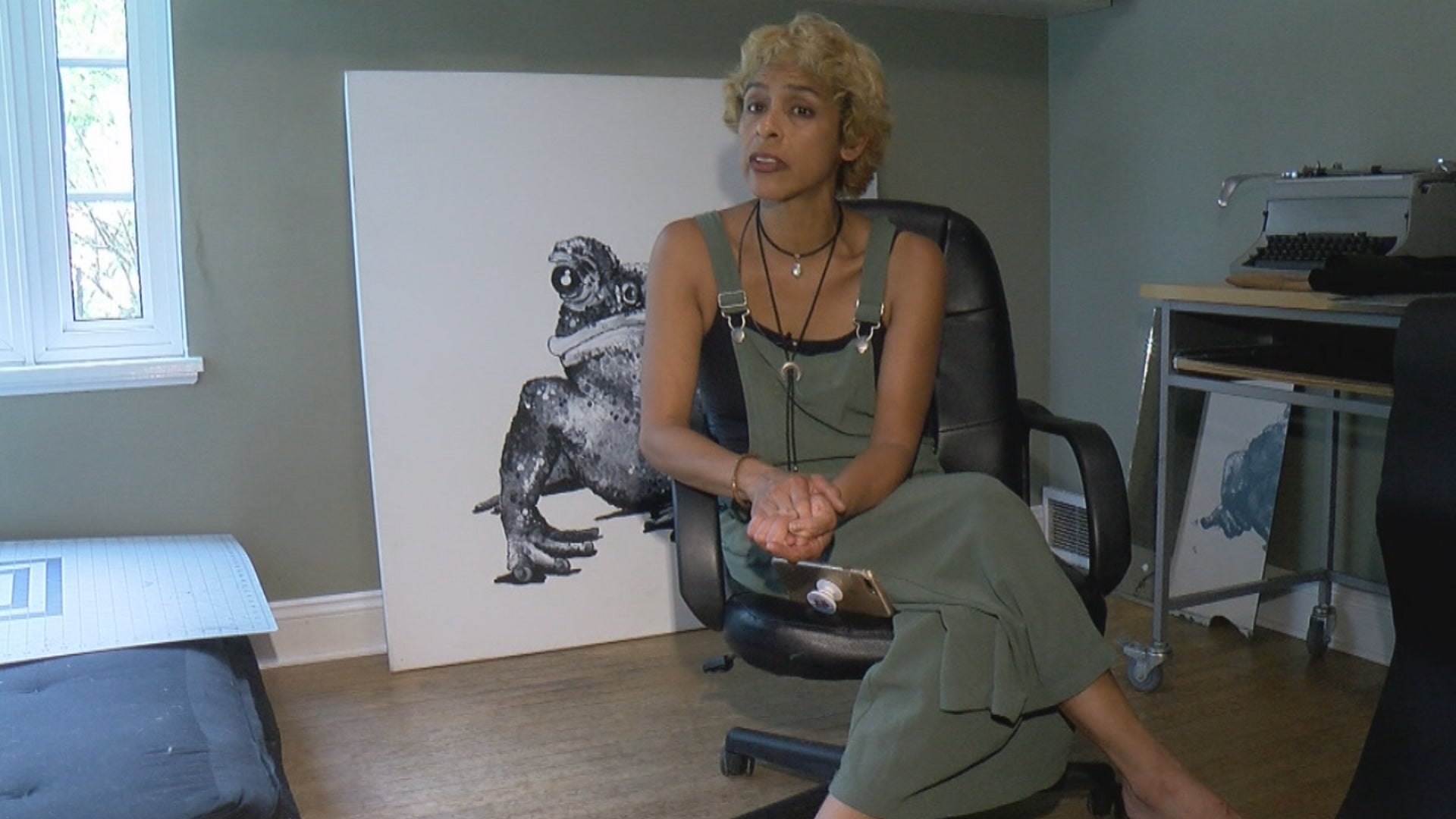 INDIANAPOLIS (WISH) — Moving turned into a nightmare for a local artist after a thief stole a trailer containing her belongings, including her artwork and supplies.

Beatriz Vasquez has spent the past 10 years mastering her craft, Papel Picado.

“Papel Picado is the traditional form of the indigenous communities that create cut paper in South America,” said Vasquez.

It starts with paper and a tool, typically nails and chisels, according to Vasquez. She uses the tool to pick pieces away. Her work has been featured on billboards and in the Emmy award-winning musical La Casa Azul.

“This is my career. This is what I do. This is my passion,” she said.

Vasquez, in the process of moving from Carmel to Broad Ripple, used a trailer to pack some belongings and stored it at her mother’s home, near Raymond Street and Emerson Avenue on the city’s southeast side.

“We were trying to keep it safe there. We had so many things to unpack. We had several trailers,” said Vasquez.

Early Sunday morning, a thief stole the trailer that housed her art and supplies, as well as family heirlooms.

“It’s absolutely priceless, and I’ve been brokenhearted over it,” said Vasquez.

Brokenhearted but determined, Vasquez said she was offering the suspect a deal: “We don’t even care about the trailer. You can have the trailer. We just want our things, especially the things that belong to our family. These things do not have any value to you.”

If you have any information that could help in this investigation, call Crime Stoppers at 317-262-TIPS.