Trained sniffer dogs can detect COVID-19 with high accuracy, will soon be in airports, hospitals 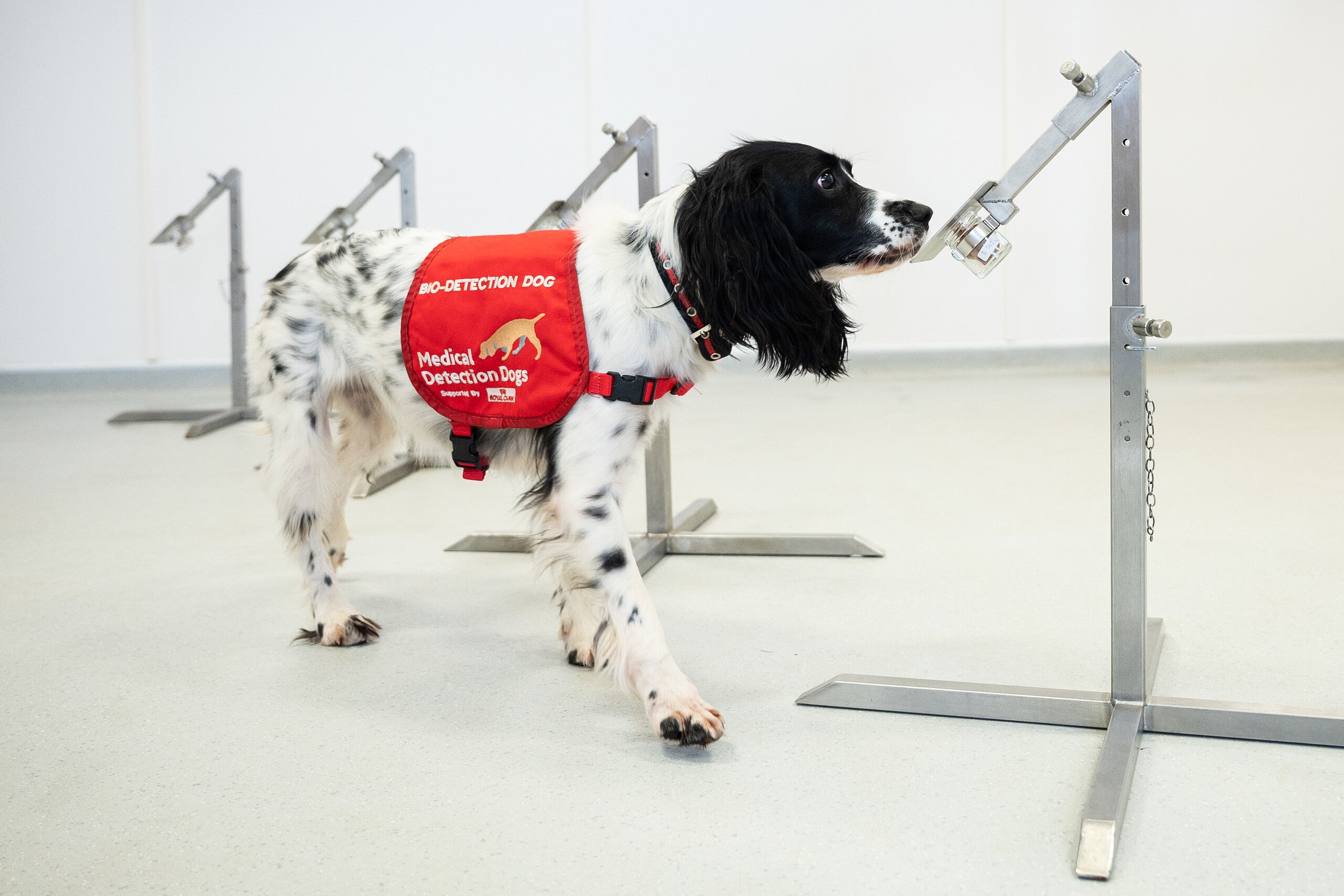 FILE PHOTO: "Freya" correctly detects a sample of malaria from a row of sample pots at the "Medical Detection Dogs" charity headquarters on March 27, 2020 in Milton Keynes, England. The charity is currently working with the London School of Hygiene and Tropical Medicine to test whether the dogs can be re-trained in the next six weeks to provide a rapid, non-invasive diagnosis of the virus. Medical Detection Dogs has successfully trained it's dogs to detect cancer, Parkinson's and bacterial infections, through the sense of smell and is now looking for donations to help cover the costs of the intensive programme. The Coronavirus (COVID-19) pandemic has spread to many countries across the world, claiming over 20,000 lives and infecting hundreds of thousands more. (Photo by Leon Neal/Getty Images)
by: Dr. Mary Gillis, D.Ed.
Posted: Jul 30, 2020 / 06:55 PM EST / Updated: Jul 30, 2020 / 06:55 PM EST

INDIANAPOLIS (WISH) — Canines can detect the coronavirus in asymptomatic people, according to a new study.

An international team of researchers trained eight dogs over one week to detect the difference between saliva and mucus secretions in coronavirus patients versus those not infected. The dogs were exposed to a total of 1,012 samples.

“We think that this works because the metabolic processes in the body of a diseased patient are completely changed,” Dr. Maren von Koeckritz-Blickwede, professor at the University of Veterinary Medicine in Hanover, Germany said in a video. “We think that the dogs are able to detect a specific smell of the metabolic changes that occur in those patients.”

A dog’s breathing system is far more complex than a human’s. Their nostrils are smaller in diameter and in closer proximity to each other. These characteristics make for two distinct pathways. It’s as if they have two noses. Dogs are also able to filter out air particles through the sides of their nose making them even more sensitive to smells. When a scent is detected, it is exposed to 300 million olfactory receptors which are responsible for smell detection. Compared to dogs, humans have just 6 million of these receptors.

This isn’t the first time scientists turned to our four-legged friends to identify silent spreaders. Eight labrador retrievers are undergoing this same training as part of a project at the University of Pennsylvania.

Dogs have been used for years in disease surveillance, sniffing out cancer and malaria and scientists are optimistic about this work.

“COVID-19 dog detectors will be a reliable, repeatable, cheap, easy and fast way to screen or pre-screen potential cases,” said co-researcher, Dr. Anne-Lise Chaber, from the University of Adelaide in Australia in a statement. “This tool will become crucial when borders reopen or if we face another wave.”

The study was small and further research is needed. However, researchers hope trained sniffer dogs will be stationed at hospitals, airports, borders and sporting events within the next few months.

News 8’s medical reporter, Dr. Mary Elizabeth Gillis, D.Ed., is a classically trained medical physiologist and biobehavioral science researcher. She has been a health, medical and science reporter for over five years. Her work has been featured in national media outlets. 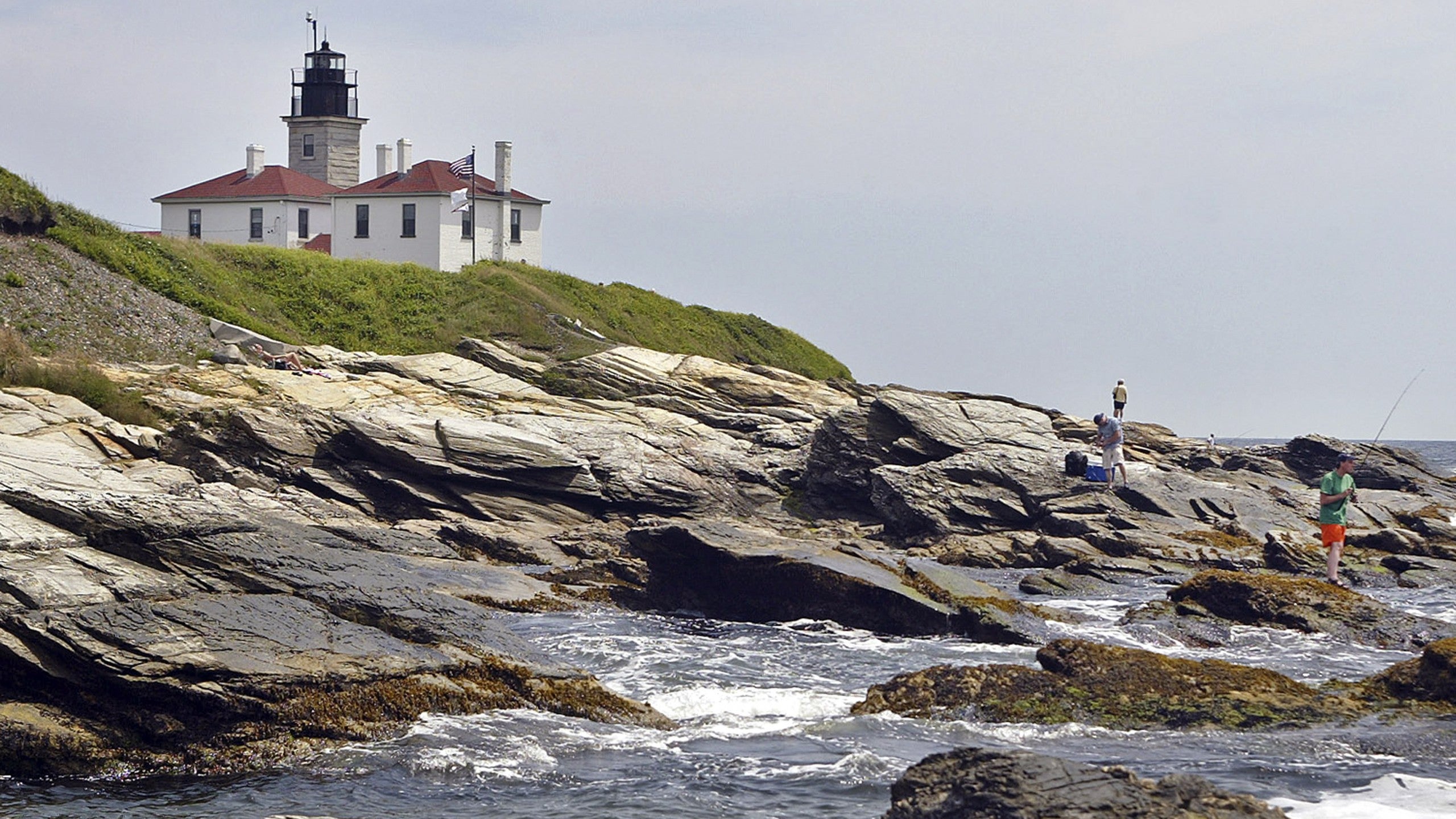