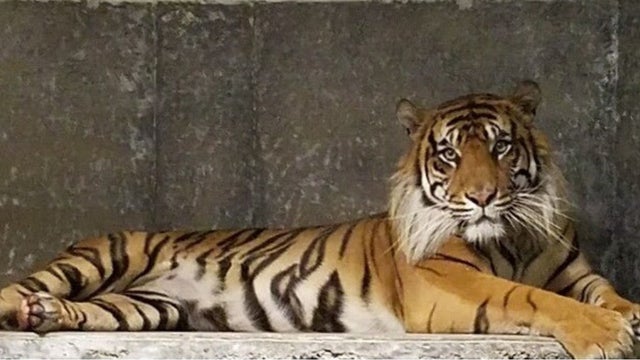 TOPEKA, Kan. (KSNT) – The Topeka Zoo will not euthanize a tiger that attacked a trainer Saturday morning.

Sanjiv, the zoo’s male Sumatran tiger, attacked a trainer inside his enclosure. The zoo closed temporarily after the attack, but reopened around 11 a.m.

The trainer was in critical condition, but conscious as emergency responders took her to a local hospital. There is no update on her current condition.

Sanjiv is kept separate from the tiger mother and cubs born last year. City of Topeka spokeswoman Molly Hadfield said they are still evaluating the situation, but as of now there are no plans to euthanize the critically endangered tiger.