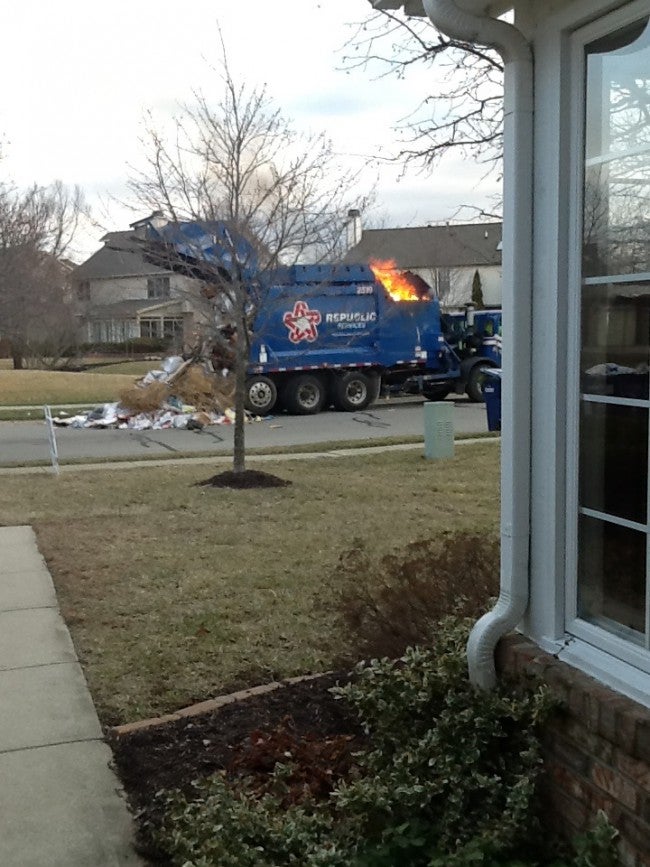 FISHERS, Ind. (WISH) – A large trash fire had to be put out on the street after it caught fire inside a garbage truck Monday morning.

Fishers Fire Department went to the 10400 block of Greenway Drive just after 9 a.m. in response to a garbage truck fire.

Fire crews reported that the Republic Garbage truck driver saw smoke emanating from the trash compartment and dumped the entire load on the street.

The fire was put out quickly, but crews were in the area for quite some time sifting through the entire load of trash looking for hot spots.

The Fishers Fire Department is still determining the cause of the fire but believe it could have been smoldering fireplace ashes or cigarette butts.