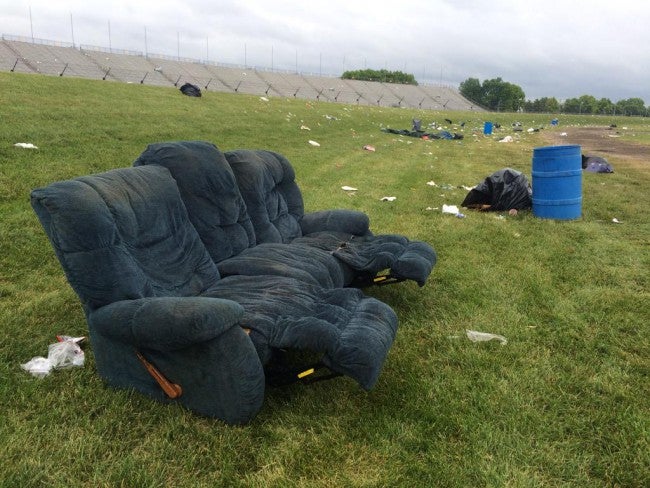 INDIANAPOLIS (WISH) – With hundreds of thousands of people at the Indianapolis Motor Speedway over the weekend, there’s bound to be a lot of trash left.

The clean up starts Monday.

You can learn a lot about race fans if you look around. What was once a place filled with family and friends looks like a wasteland just hours later.

As day broke at IMS on Memorial Day, the sun revealed the remains of the party that was in the infield and stands during Sunday’s Indianapolis 500.

Its more than just trash. Some people left behind grills, chairs, tarps, even a couch was left behind.

For about a decade, track officials offer non-profit organizations a chance to pick up trash to. Church groups, schools and other volunteers are paid donations based on how much ground is covered the day after the race. The tradition has grown to require a long waiting list.