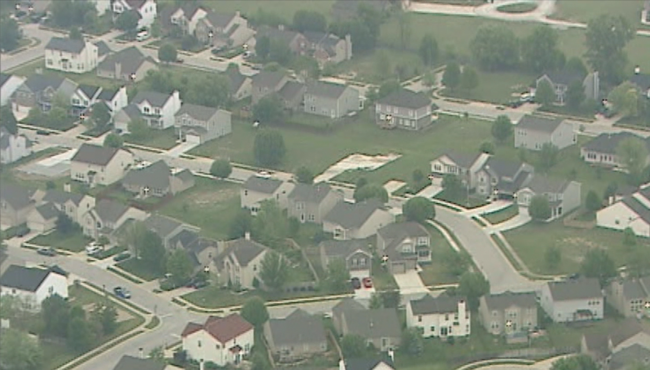 The trial would provide another step forward for dozens of families affected by the November 2012 blast.

More remains of the house that was the source of the blast compared to several other lots that are empty two and a half years later.

Weeds and debris surround the driveway and concrete slab left of Monserrate Shirley’s home which prosecutors say was intentionally destroyed.

The fire and explosion killed two people who lived next door. A sign lists the lot, where Dion and Jennifer Longworth lived, for sale.

Rebuilding continues in other locations near the explosion site. Caution tape could be seen protecting a newly poured foundation for a home down Fieldfare Way.

Half of the 30 homes demolished were rebuilt by the first anniversary of the explosion.

24-Hour News 8 Reporter Teresa Mackin is in South Bend and will live updates on the case on WISH-TV at noon and 5 p.m.