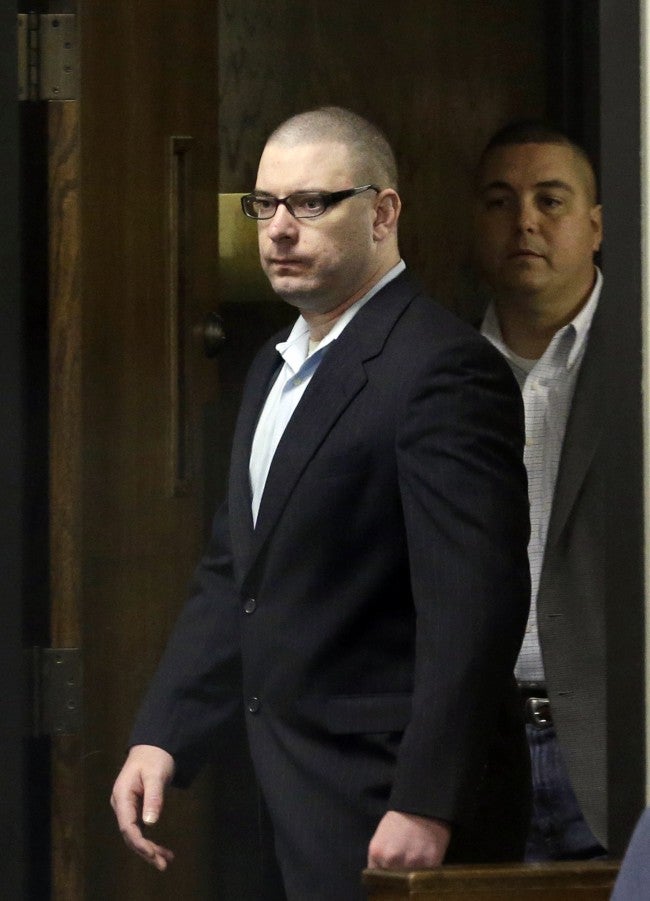 STEPHENVILLE, Texas (AP) – A Texas rodeo store has temporarily run out of baseball caps honoring Chris Kyle, the Navy SEAL depicted in the blockbuster movie “American Sniper.” A roadside sign outside Grumps Burgers next door proclaims support for the families of Kyle and friend Chad Littlefield, who were slain two years ago at a gun range.

With opening statements set to begin Wednesday in the trial of the former Marine accused of capital murder in their deaths, many residents in this small community have been captivated by the case.

But the Oscar-nominated film has brought national attention too, prompting lawyers for defendant Eddie Ray Routh to unsuccessfully argue that the trial should be moved or put on hold until the publicity fades.

The defense team is hoping to convince a jury that Routh was insane when he gunned down Kyle and Littlefield at the rural shooting range. His family members say he suffers from post-traumatic stress disorder.

Prosecutors aim to paint a much darker picture. They describe Routh in recent court filings as a heavy drinker and marijuana user with a history of killing animals and threatening women with knives.

While the judge has not decided how much of that information can be shared with the jury, prosecutors have lined up what promises to be an emotional first day of testimony when they call Kyle’s widow Taya to the stand.

Routh, 27, faces life in prison without parole if convicted.

A jury of 10 women and two men was seated Monday from an initial pool of 800 people, despite concerns from defense lawyers about finding an impartial jury because of pretrial publicity. The film based on Kyle’s memoir as a sniper serving four tours in Iraq has grossed nearly $300 million.

In asking for a change of venue, defense attorneys said the case had generated “considerable discussion” in the area, adding that they believe there was so much prejudice that Routh couldn’t get a fair trial.

But District Judge Jason Cashon denied the change of venue, noting that the jury was seated with no more than two dozen people dismissed because of pretrial publicity. And when potential jurors were asked Monday to raise their hands if they would have a problem setting aside what they’d heard and only factoring in what was said at trial, no hands went up.

The intense attention on the case has also brought renewed focus to the mental struggles former military members face. Routh was a small arms technician who served in Iraq and was deployed to earthquake-ravaged Haiti before leaving the Marines in 2010. Authorities say that after the February 2013 shooting of Kyle and Littlefield, Routh drove to his sister’s house in Kyle’s truck, admitted to the killings and told his sister “people were sucking his soul.”

Routh has been in court since the jury screenings began last week, listening to the proceedings.

Another of the first witnesses prosecutors plan to call is Littlefield’s mother, Judy. Cashon ruled that she and Taya Kyle can stay in court to watch after testifying.

The state’s filings say Routh smoked marijuana, drank excessively and had a history of killing small animals. They also say on Jan. 19, 2013, he threatened his girlfriend and her roommate with a kitchen knife and sword. He was taken to a mental hospital.

On the day of the killings, Routh had been drinking and smoking marijuana and again threatened his girlfriend with a knife, according to a legal filing. After his arrest, he allegedly threatened officers and caused problems while jailed, including flooding his cell.

In response to the attention the case drew, county officials had summoned more than four times as many potential jurors as they would for a regular trial – not unusual for a high-profile case.

The potential jury field was narrowed over two days last week, when would-be jurors filled out a questionnaire that included inquiries on whether they had seen the movie or read the book, served in the military, had a familiarity with firearms, or ever been treated for a mental condition.