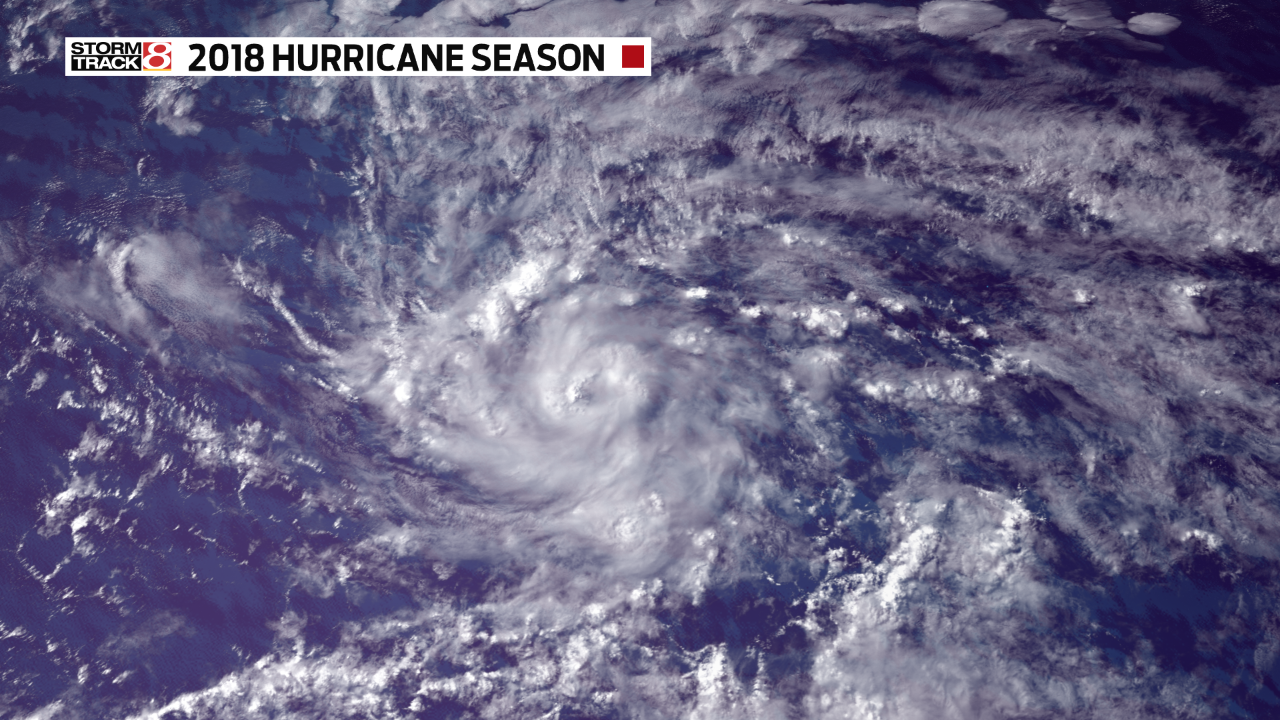 INDIANAPOLIS (WISH) — It’s been a slow start to the 2018 Atlantic Hurricane Season. In late May, we has Tropical Storm Alberto slide through the Gulf of Mexico and right over us here in Indiana as a subtropical depression. We had not seen any named storms since that time, including the entire month of June.

Below average sea surface temps and a thick Saharan Dust Layer have helped to keep tropical development in the Atlantic to a minimum, though we now, finally, have our second named storm of the season.

Tropical Storm Beryl (BEHR-ril) is now lumbering through the hostile, open waters, roughly 1600 miles to the southeast of Puerto Rico or 2600 miles from Miami, Florida. The storm has winds sustained at 40 mph with western movement averaging 16 mph.

The thick Saharan dust, relatively cool water and wind shear closer to the Caribbean should help to keep strengthening to a minimum through the next several days and into the weekend.

By Sunday, the storm will move within 300 miles of the Leeward Islands and Antilles and roughly 600 miles southeast of Puerto Rico while still maintaining Tropical Storm status.