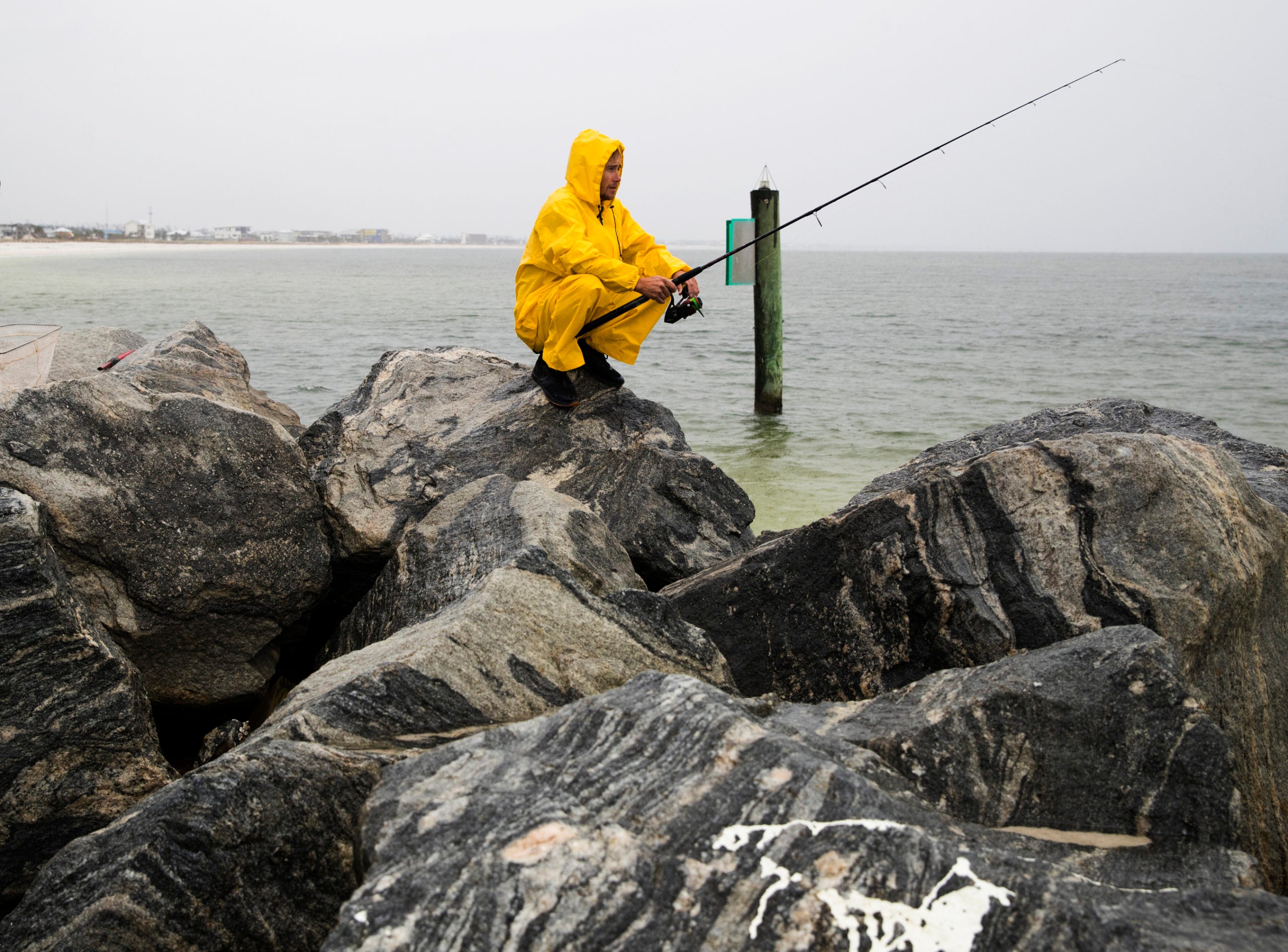 TALLAHASSEE, Fla. (AP) — Tropical Storm Nestor bore down on the northern Gulf Coast with high winds, surging seas and heavy rains Friday evening, threatening to hit an area of the Florida Panhandle devastated one year ago by Hurricane Michael.

But unlike Michael, a powerful storm that left thousands of people homeless and nearly wiped the Panhandle city of Mexico Beach off the map, Florida wasn’t bracing for a catastrophe.

“We’ve done very little preparation only because there’s nothing really to prepare for,” said Mexico City Beach Mayor Al Cathey. “We haven’t seen any alarm at all.”

As of Friday evening, the state had activated its emergency operations center, but only at its lowest level. In an area that’s recently gone weeks without rain, the storm was seen more as a welcome sight.

“You have to keep it in perspective: 75 percent of our city was destroyed,” Cathey said. “A little rain is welcome. Hopefully it won’t be something crazy, but if that’s all it is, I can deal with that. There’s nothing in this system that I’ve seen that tells me Mexico Beach needs to be alarmed.”

Nestor was forecast to hit the coast around Mexico Beach on Saturday morning without strengthening into a hurricane. Blasted by Michael in October 2018, the area is still trying to recover.

The National Hurricane Center said high winds and dangerous storm surge were likely along parts of the northern Gulf Coast. And heavy rains had already began pelting parts of the coastline Friday evening, welcome relief for a parched region dealing with a drought.

With conditions deteriorating by the hour, events including high school football games were canceled or postponed.

But officials were trying to calm fears of a hard hit similar to Michael last year.

Forecasters said Nestor was centered early Saturday about 85 miles (137 kilometers) south-southwest of Panama City, Florida. It had top sustained winds of 50 mph (80 kph) and was moving to the northeast at 17 mph (27.36 kph).

A tropical storm warning was in effect from the line between Okaloosa and Walton counties east to Yankeetown, Florida. A previous warning west of the county line was discontinued by Saturday morning. A storm surge warning is in effect for Indian Pass, Florida, to Clearwater Beach, Florida.

The hurricane center said Nestor was expected to head inland across the Panhandle on Saturday morning and cross parts of the Southeast over the weekend before moving into the Atlantic off North Carolina by late Sunday.

Forecasters expect blustery winds and heavy rain in parts of Alabama, Georgia and northern Florida, reaching the Carolinas and Virginia by Sunday.

The Coast Guard said 20-foot (6-meter) seas were possible around Panama City, and dangerous rip currents were possible along beaches during what is still a busy tourism period.

In New Orleans, winds hampered crews that were trying to place explosives to topple to damaged construction cranes towering over a partially collapse hotel project at the edge of the French Quarter. Officials delayed plans to bring down the structures before Nestor approached.

High schools from Alabama to the eastern Florida Panhandle called off football games scheduled for Friday night, and officials in Panama City tried to assure residents that the storm wouldn’t be a repeat of Category 5 Hurricane Michael last year.

“We are optimistic this will be a slight wind and rain event,” said Bay County Sheriff Tommy Ford.

The system could dump from 2 to 4 inches (5 to 10 centimeters) of rain from the central Gulf Coast to the eastern Carolinas, where many areas are dried out from weeks without rain, and as much as 6 inches (15 centimeters) in spots, forecasters said.

Seawater pushed inland by the storm could rise as much as 5 feet (1.5 meters) as storm surge in Florida’s Big Bend region, much of which is less-developed than the rest of the state’s coast.