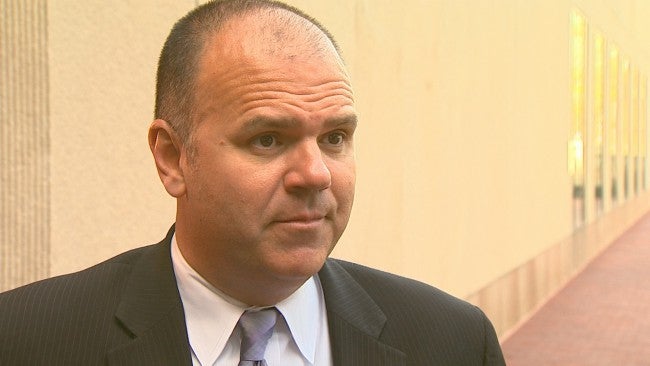 INDIANAPOLIS (WISH) — Before stepping down from his position as Indianapolis Director of Public Safety, Troy Riggs helped to launch several initiatives aimed at reducing crime.

Two programs were introduced over the summer focusing on quality of life in Indianapolis.

Under the watch of Troy Riggs, the Department of Public Safety teamed up with the Gleaners Food Bank of Indiana to start the ‘Community Action Relief Effort’ or better known as ‘Care.’

It was just over the summer when the food bank set up mobile food pantries across crime driven areas of Indianapolis.

‘Care’ has served more than 65,000 people during its first year, according to Gleaners Food Bank CEO, Cindy Hubert.

“People in those hot zones came out and what we heard most times was thank you, thank you,” said Hubert. “You know we’re blessed to have you.”

Hubert said she is planning to meet with Riggs Wednesday to talk about future plans.

“We’ll get out our pencils and make sure we really sit down and have a meaningful conversation about how we tackle crime,” said Hubert. “Crime is linked with food and food insecurity; people do things to make sure there is food available.”

In his first sit down television interview, Riggs told 24-Hour News 8, the partnerships helped in one way or another with their battle. He said the initiatives will continue under his new leadership as chief of police.

“All of these individuals working together has resulted in unprecedented crime tip numbers from these areas,” said Riggs. “It has led to some significant arrests.”

Another initiative also launching around the same time is the Graffiti Abatement Program. The director for the program said crews removed around 16,000 square feet of graffiti in a time span of four months.

“What I would say is get involved understand what we’re facing, understand the issues, and help us with the solutions. At the end of the day, roll up your sleeves, volunteer to a local charity, give money to a local charity that’s working on those issues that’s near and dear to you heart that’s going to make a difference,” said Riggs. “We didn’t get into this situation overnight. It’s going to take a lot of consistent, persistent efforts and by one family at a time one block at a time on neighbor at a time we’ll turn this around.”

Riggs is scheduled to go over crime data and his future plans Wednesday at IUPUI.