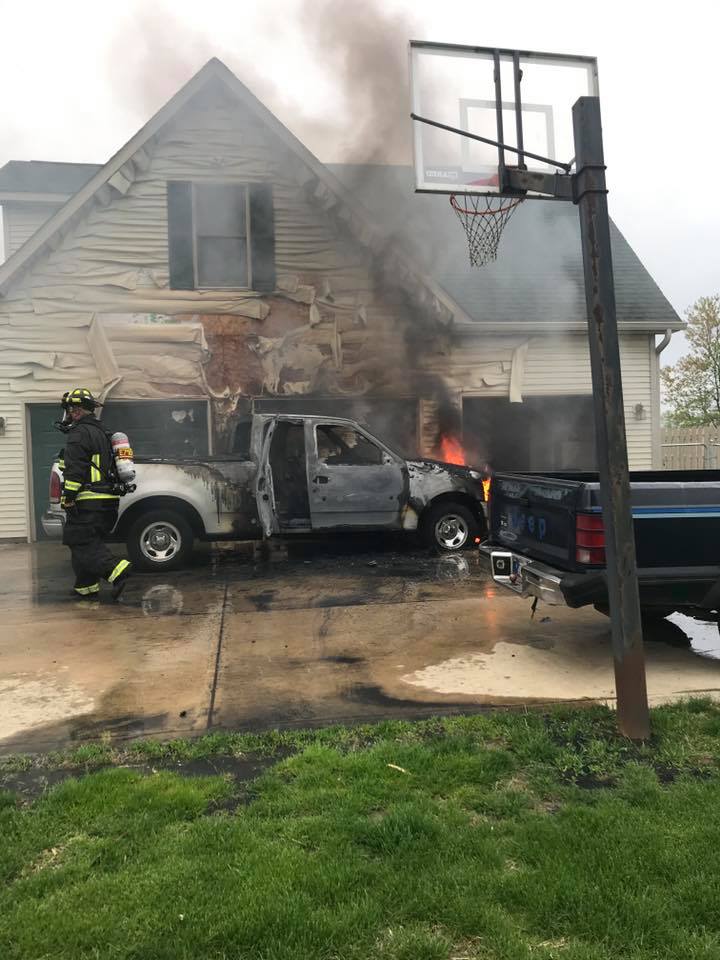 Deputy Chief Eric Funkhouser with the Whiteland Fire Department said firefighters were called to a home in the 200 block of West 600 North Wednesday night around 6:30 after a pickup truck caught on fire.

Authorities are not sure what started the fire but the truck had been parked in the driveway for about 30 minutes prior to it catching fire.

A photo of the burnt pickup truck was posted to the Whiteland Fire Department’s Facebook page.

According to the department, the vehicle fire grew quickly outside of the garage and melted siding on the home. Engine 71 arrived on the scene and the fire was extinguished before it could spread throughout the home.

Hardly any damage was done to the inside of the home, Deputy Chief Funkhouser said.

No one was injured in the fire.

Fire crews from Bargersville, Franklin, Greenwood and New Whiteland assisted the Whiteland Fire Department with the blaze. The exact cause of the fire is under investigation.