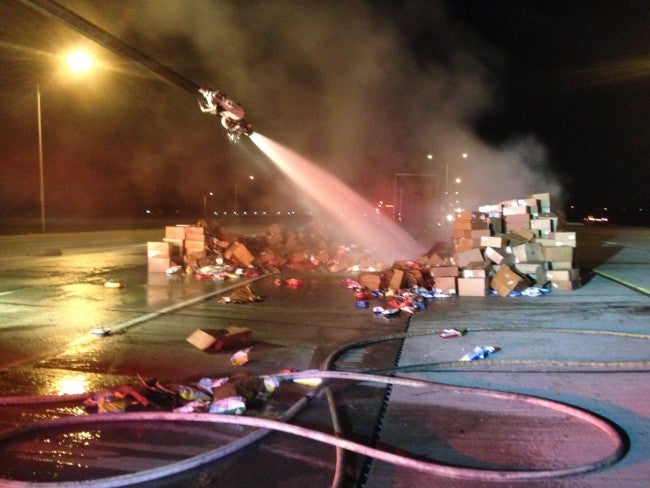 INDIANAPOLIS (WISH) – A semitrailer hauling potato chips caught fire on the southwest side of Indianapolis overnight.

Indiana State Police officials said the truck caught fire in the left lanes of I-70 near Ronald Reagan Parkway, but traffic was mostly unaffected. As of just before 5 a.m., officials at the scene said cleanup could last another hour or hour and a half.

Investigators believe the fire may have started in the truck’s brakes, then spread to the trailer. The fire burned hot enough that it melted tires on the trailer.

The truck was hauling Lay’s potato chips. It wasn’t immediately clear whether anyone was injured.