Truex breaks through at Pocono for 1st win since 2013 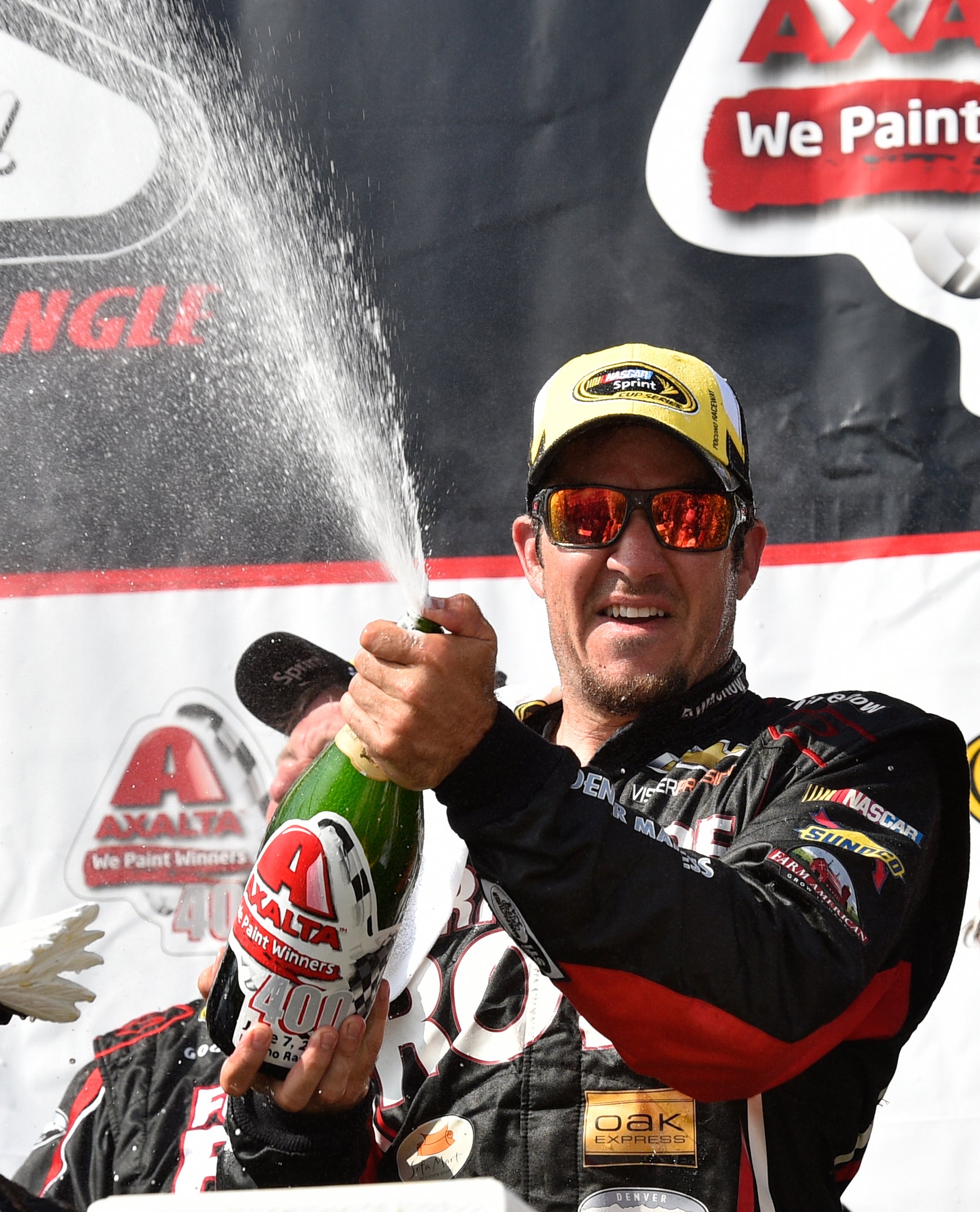 LONG POND, Pa. (AP) – Martin Truex Jr. slapped the top of his No. 78 Chevrolet, thrust his right fist toward the sky and bounded straight into his girlfriend’s arms.

They hugged, kissed and Truex lifted her into the air.

Truex has stood by Sherry Pollex’s side through her fight with ovarian cancer. Pollex was strong for Truex when his career was in flux following a scandal that cost him a shot at a championship and his ride.

Sunday at Pocono Raceway, they were set for an overdue celebration.

Truex led the most laps for the fourth straight race, only this time he was in front on the one that mattered most, breaking through for his first Sprint Cup victory since 2013.

“This is easily the biggest win of my career,” Truex said.

“He’s had more to overcome personally and professionally than probably anybody sitting in that seat right now,” Johnson said.

Truex and Pollex, a couple since 2005, have endured their share of personal and professional heartache over the last 18 months. Pollex, was diagnosed with cancer last summer and she had various organs removed, including her ovaries, fallopian tubes and part of her stomach.

Furniture Row owner Barney Visser told Truex he could sit out the rest of the season following Pollex’s diagnosis and still keep his ride for 2015. Truex, though greatly appreciative, declined the offer. Truex found the track therapeutic and kept him focused on something other than her disease.

But he was always a steady support system for Pollex.

“She showed me what she was made of,” Truex said.

Pollex tweeted a selfie with Truex and the Pocono trophy from victory lane that said, “Chemo Monday victory lane Sunday.”

“It never gets any better than this,” Truex said. “It takes time to heal things, especially with what Sherry and I went through. This makes you forget all about it. Sherry’s here healthy and she’s as excited as I am.”

Truex took another hit when his grandmother, Roberta, died Wednesday in the family hometown of Mayetta, New Jersey.

“I think the racing Gods were hanging out with my grandma today,” Truex said.

Truex dominated off late restarts down the stretch to snap a 69-race winless streak.

Truex’s Furniture Row Racing team had brought the same car to the track each of the last three weeks, with smashing results. Truex didn’t win but he led the most laps at Kansas (95), Charlotte (131) and Dover (131). He added 97 more at Pocono.

With a new car at Pocono, Truex raced to his third win in 347 career starts. Truex is the 10th driver to win a race this season and qualify for the Chase for the Sprint Cup championship.

“As long as they don’t kick me out before then, I’ll be in it,” Truex said, laughing.

Truex’s career seemingly hadn’t recovered since he was booted from the 2013 Chase in the aftermath of the Richmond scandal. NASCAR determined that Michael Waltrip Racing manipulated the outcome of the race in a bid to get Truex into the Chase.

Truex slumped in 2014, his first year with Furniture Row after four seasons with MWR. He had just one top-five finish, led all of one lap the entire season and was a dismal 24th in the standings.

“It was just miserable,” Truex said.

With his girlfriend by his side, Truex has stormed his way toward the best start of his career in his second season. He has 13 top 10s in 14 races with four top-fives.

“Tomorrow we are still going back to normal life and we always try to remember that and be ourselves and remember why we are here,” Truex said. “And how thankful we are to be here and how lucky we are to be doing this.”

He’s feels at home – and suddenly loaded with success – at Furniture Row.

“I was honestly pretty calm most of the way until we kind of came off Turn 3 and I started cheering and I started getting a little choked up at that point,” Pearn said.

FRR, a one-car operation based in Denver, far removed from NASCAR’s North Carolina hub, made the Chase in 2013 with Kurt Busch. Regan Smith had the only other win for Furniture Row in 2011.

Truex is second in the points standings and has done it without any help from teammates. Truex’s team shares a technical alliance with Richard Childress Racing and he’s often considered a fourth RCR driver. RCR has alliances with single-car teams, with AJ Allmendinger and Casey Mears also under the organization’s umbrella.

Truex’s win ended a recent of run of Hendrick Motorsports domination at Pocono. Hendrick drivers had won the last five races at the track, highlighted by Earnhardt’s sweep last season.

No one seemed to mind Sunday.