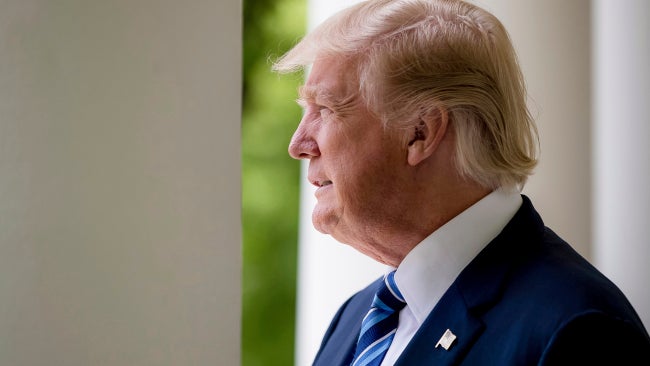 BIRMINGHAM, AL (AP) – The Trump administration on Friday slashed $400,000 in federal funding for one of the few U.S. groups that combat white extremism but denied it is now focusing only on fighting radical Islamists.

A grant announcement by the Department of Homeland Security eliminated funding for the Chicago-based Life After Hate, which was initially awarded the money in January during the closing days of the Obama administration.

Life After Hate, run by a former skinhead, is among a handful of domestic programs dedicated to helping people leave white power groups including neo-Nazi organizations and the Ku Klux Klan, and it was the only one of the original grant recipients dedicated solely to combatting white extremism.

The co-founder of Life After Hate, Christian Picciolini, did not immediately return a message seeking comment. Picciolini has publicly criticized the Trump administration for ties to white extremists.

In all, Homeland Security awarded $10 million to 26 police and community organizations, none of which has a specific mission to counter groups in the so-called “alt-right,” a hodge-podge of white supremacists, white populists and white nationalists, many of whom supported Trump for president.

The agency said the grants, awarded under the Combatting Violent Extremism program, will target “all forms of violent extremism, including the rising threat from Islamist terrorism.” Spokesman David Lapan this week denied the program is now concentrating only on Islamic extremism.

Grant applications were re-evaluated based on factors including whether an organization had a track record of combatting violent extremism, the department said, and groups that didn’t were eliminated.

Ten other Obama-approved grants also were cut, including $867,000 for the University of North Carolina to produce anti-jihadist videos and $393,800 for the Muslim Public Affairs Council Foundation, which was critical of the move to cut funding for Life After Hate.

“The Trump administration’s mishandling of the grant process underscores two fundamental flaws in its (Combatting Violent Extremism) policy: It focuses on criminal investigations in a non-criminal space, and it turns a blind eye to white supremacist violence,” the group said in a statement.

The Claremont School of Theology in Los Angeles, which has a division for Islamic studies that had been awarded $800,000 by the Obama administration, opted out of the program under Trump.

Jihad Turk, president of the Bayan Claremont Islamic Graduate School, said questions existed about the government’s approach under Obama, and they got worse under Trump.

“When Trump took over we waited to see which way he would go,” Turk said in a telephone interview. “Everyone sees the direction he is going, and the rhetoric has only escalated.”

New grant recipients include the Tennessee-based Nashville International Center for Empowerment, which works with refugees and immigrants and received $445,110; four police agencies; and the National Governor’s Association, which received $500,000.

Homeland Security Secretary John Kelly said the agency is “stepping up efforts to counter terrorist recruitment and radicalization,” and he sought a thorough review of the grant program after taking office. That review led to the new list.

“We will closely monitor these efforts to identify and amplify promising approaches to prevent terrorism,” Kelly said in a statement.