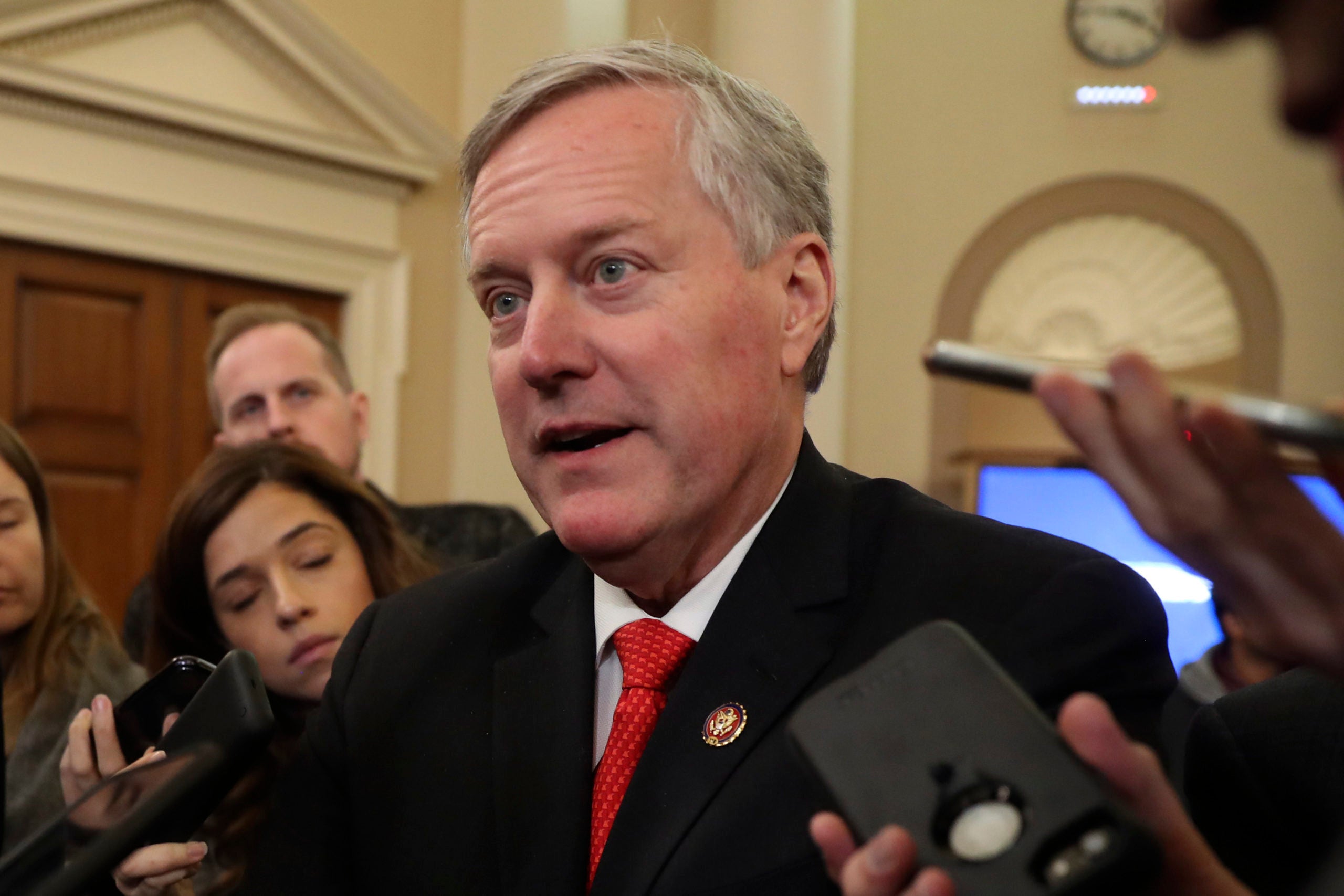 His announcement comes just a day after the U.S. House voted to impeach Trump on charges that he abused his power and obstructed Congress. In a statement, the North Carolina congressman said he struggled with the decision and came to it after discussion with his family.

“My work with President Trump and his administration is only beginning. This President has accomplished incredible results for the country in just three years, and I’m fully committed to staying in the fight with him and his team to build on those successes and deliver on his promises for the years to come,” Meadows said in the statement. “I’ve always said Congress is a temporary job, but the fight to return Washington, DC to its rightful owner, We The People, has only just begun.”

Meadows is a longtime leader of the House Freedom Caucus, which pushed hard-line conservative policies, often rebelling against House Republican leaders. Meadows is a staunch Trump loyalist and talks with him often.

In 2015, Meadows stunned his Republican colleagues by filing a motion to oust the powerful GOP House Speaker John Boehner, which eventually led to Boehner’s resignation. At the time, the Freedom Caucus was a solid bloc of conservative lawmakers that wielded considerable clout in the House, often thwarting the GOP leadership.

But Meadows also drew attention for his friendship with progressive Democratic Rep. Elijah Cummings, who died earlier this year.

“There was no stronger advocate and no better friend than Elijah Cummings,” Meadows tweeted after his death.

Meadows, 60, moved to the North Carolina mountains in the 1980s from Florida and opened a restaurant before getting a real-estate license to sell houses. He eventually became a real-estate developer and made millions of dollars before deciding to run in 2012 to replace a Democratic congressman who decided not to seek reelection. He won that year’s Republican nomination after a bruising eight-way primary and won the general election before making a name for himself as a staunch conservative who opposed the policies of President Barack Obama.

Two other Republican incumbents in North Carolina recently announced they would not run again for Congress in 2020 — George Holding and Mark Walker — after their districts picked up many new Democratic voters when the legislature redrew all 13 U.S. House districts after judges ruled it was likely the previous map was tainted with extreme partisan bias favoring the GOP. Meadows’ district had not been considered one that had shifted as much to the left as those other two.

Candidate filing ends Friday in North Carolina. Four Democrats and one Green Party candidate had filed for Meadows’ seat as of Wednesday. The primary is March 3.