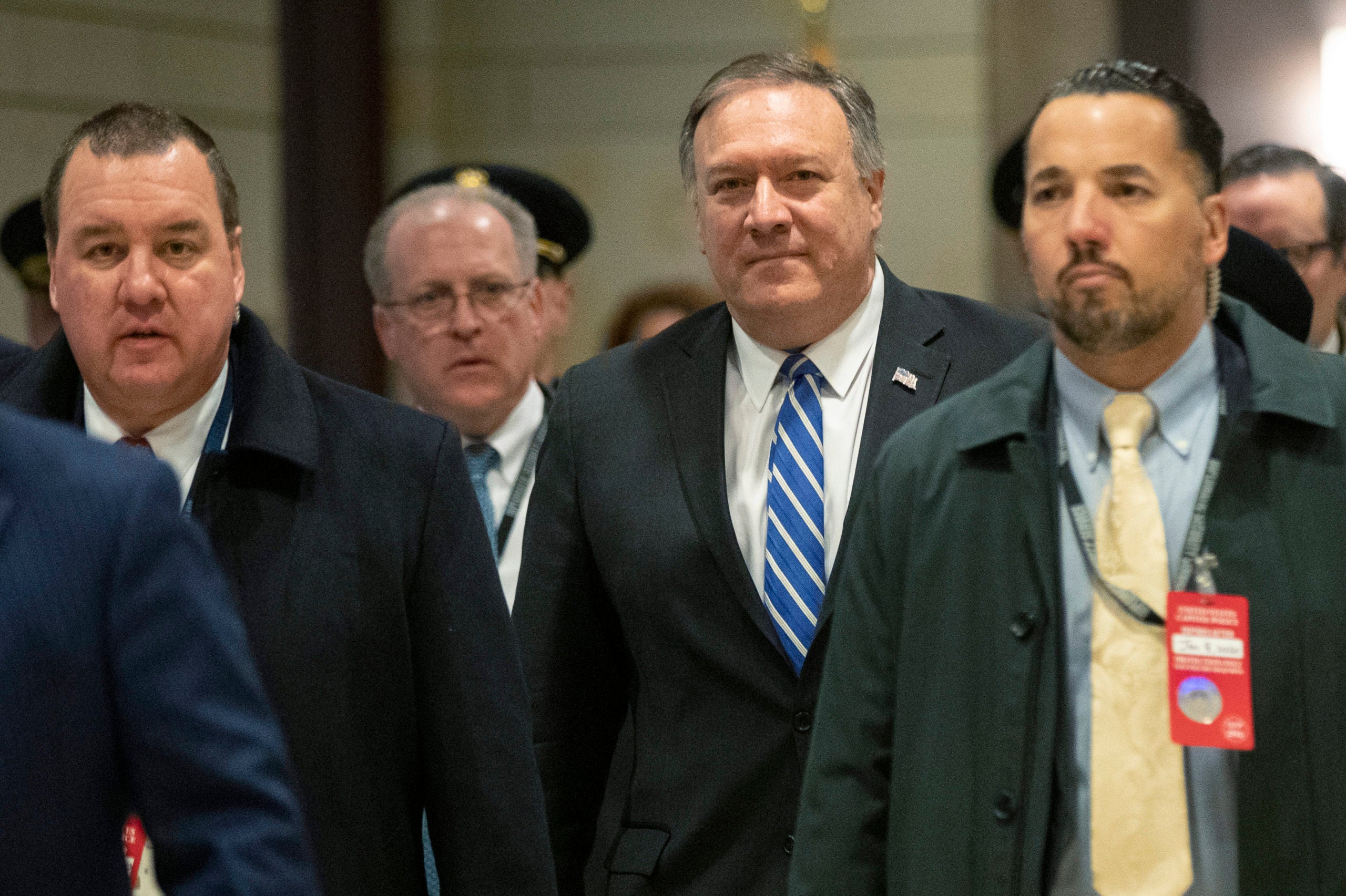 NEW YORK (AP) — President Donald Trump on Tuesday backed Secretary of State Mike Pompeo in Pompeo’s battle with National Public Radio and tweeted out more media criticism, one target familiar and the other less so.

Trump introduced Pompeo at an East Room announcement of the administration’s Mideast peace plan, saying it was “very impressive” that he got a standing ovation from the White House workers and guests.

“That reporter couldn’t have done too good a job on you,” the president said. “I think you did a good job on her, actually.”

NPR reporter Mary Louise Kelly angered Pompeo with a short interview Friday, then he reportedly berated her afterward in his office. The State Department then notified NPR reporter Michele Kelemen on Monday that she would not be allowed on Pompeo’s upcoming trip to Europe and Central Asia.

John Lansing, NPR’s president and chief executive officer, wrote to Pompeo on Tuesday, seeking an explanation for why Kelemen had been left off the trip.

Without an answer by Wednesday, when the trip is scheduled to depart, NPR “will have no choice but to conclude that Ms. Kelemen was removed from the trip in retaliation for the content of NPR’s reporting,” Lansing wrote.

There was no immediate response from the State Department to requests for comment.

Earlier Tuesday, the president tweeted an insult at CNN’s Don Lemon, who received some criticism in conservative media for hosting a segment over the weekend where two of his guests made fun of the “rube demo” that backed Trump.

Trump also tweeted criticism of his favorite network, Fox News Channel, for “trying to be ‘politically correct’” by having a Democratic senator discuss impeachment on the network. He also said Fox’s Chris Wallace, who on Monday challenged a Fox contributor for not having her facts straight in a discussion about impeachment witnesses, shouldn’t be on the network.

“What the hell has happened to Fox News?” Trump tweeted. “Only I know!”