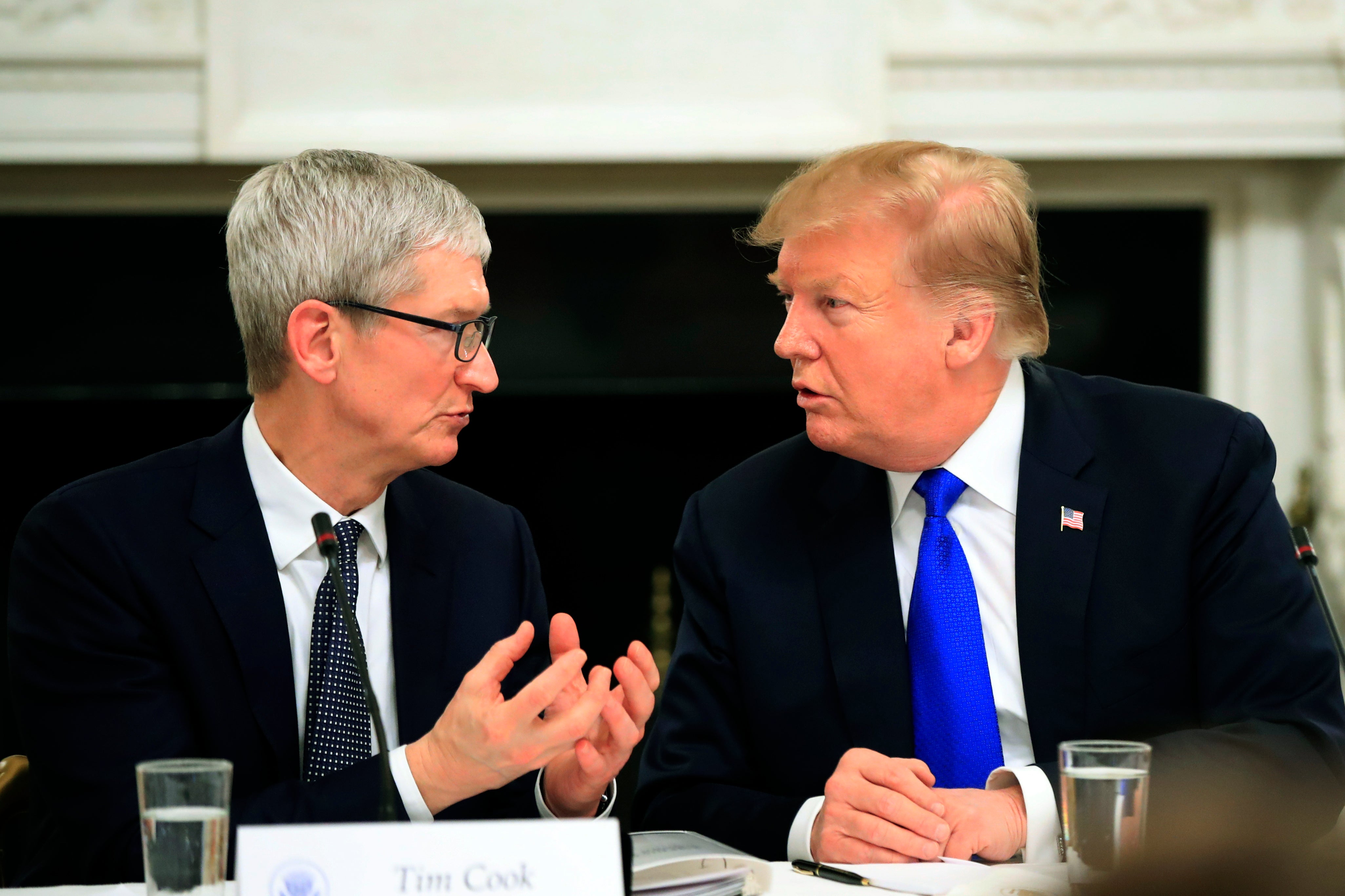 WASHINGTON (AP) — President Donald Trump says he didn’t slip up when he referred to Apple CEO Tim Cook as “Tim Apple” at a White House meeting.

Trump tweeted Monday: “I quickly referred to Tim + Apple as Tim/Apple as an easy way to save time & words. The Fake News was disparagingly all over this, & it became yet another bad Trump story!”

Trump made the comment last week. After the session, Cook altered his Twitter profile, replacing his last name with the Apple logo.

At a dinner for Republican National Committee donors at his Florida club Friday, Trump complained that his “Tim Apple” flub was “fake news,” said a person who heard them and spoke on the condition of anonymity to discuss Trump’s remarks. Trump’s complaint was first reported by Axios.