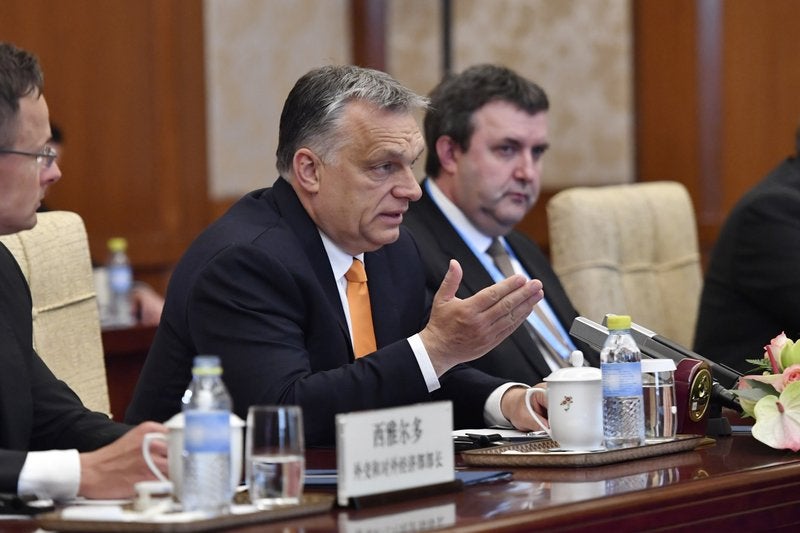 BUDAPEST, Hungary (AP) — Hungarian Prime Minister Viktor Orban has been invited by U.S. President Donald Trump for a “working meeting” on May 13, an official said Thursday.

In July 2016, Orban became the first national leader in the European Union to endorse Trump in the U.S. election campaign.

After he returned to power in 2010, Orban faced years of harsh criticism from the Obama administration over Orban’s weakening of democratic checks and balances and the rule of law, including during a June 2011 visit to Budapest by then U.S. Secretary of State Hillary Clinton.

There has been an upturn in U.S.-Hungary relations in recent months, embodied, for example in the bilateral defense cooperation agreement signed in early April and an earlier announcement about Hungarian plans to purchase medium-range missiles from American sources to improve the country’s air defense system.

Still, U.S. Secretary of State Mike Pompeo warned during a visit to Hungary in February that “an authoritarian Russia will never be a friend to the freedom and sovereignty of smaller nations,” even as Orban is considered one of the main allies in the European Union of Russian President Vladimir Putin.

Pompeo also emphasized the risks of doing business with Chinese telecommunications company Huawei, which has significant operations in Hungary, as does the Bank of China and several other Chinese companies and said he spoke with Hungarian officials about “the dangers of allowing China to gain a bridgehead in Hungary.”

Orban, who won a third consecutive landslide election in April 2018, has made opposing immigration his main policy over the past few years and has become a role model for many among Europe’s nationalist and far-right parties.