Trump, Kim greet each other with handshake 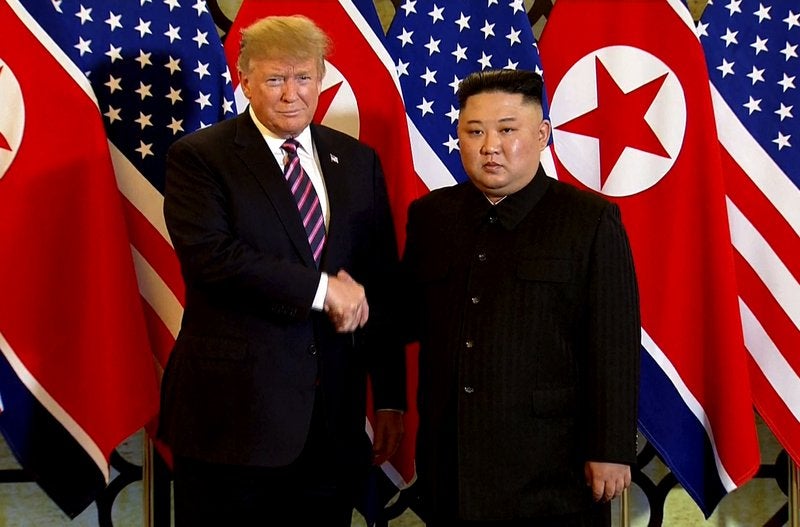 The two leaders exchanged handshakes, laughs and some small talk at the Sofitel Legend Metropole Hanoi, where they’re scheduled to meet for 20 minutes before sitting down for what the White House has described as a “social dinner.”

Trump told reporters of the meeting: “We look forward to it, we both do.”

Asked whether he might formally end the Korean War, he responded: “We’ll see.”

Trump earlier made the case that North Korea could thrive economically like Vietnam if the North ends its pursuit of nuclear weapons.

Trump said: “We’ll see what happens, but he wants to do something great.”